Tessanne Chin is the “next generation of Jamaican musical talent”. Hailing from the capital Kingston, she mixes rock and reggae to create a unique sound that matches her concious lyrics perfectly. Tessanne has already opened shows for global stars like Patti Labelle, Keyshia Cole, Air Supply, and many others, and has toured with music legend Jimmy Cliff.

Tessanne’s vocal ability and exotic beauty gives her ‘unmistakable stage appeal”. “There’s no Limit for me, and no limit I’m willing to put on myself where doing what I love is concerned”.

On the verge of releasing her highly anticipated debut album, Tessanne Chin is ready to take on the world!

Check out her sensual music video for “Hideaway” below, and read the interview for more:


Where in Jamaica are you from?

What kind of music did you listen to growing up?

Everything from the Carpenters to Heavy Metal 🙂

When did you decide that you wanted to be a singer?

It kind of chose me , I don’t remember not wanting to be a singer.

How did it feel touring with Jimmy Cliff?

Amazing! that was the most amazing university one could ever have 🙂 I’d do it again tomorrow.

You were singing in the Jamaican Rock band “Mile High” before going solo, how is Rock received in Jamaica?

There is most definitely a following for rock music In JA and to be honest it’s something I miss being a part of  in that way, we were received cautiously at first but we always won over our audience in the end cause good music is good music full stop.

How would you describe your music now as a solo artist?

ME !!! LOL it’s a fusion of everything that is me, that influences me and moves me , Rock, Reggae , Soul , Dancehall everything put together into a sound you have to hear to truly understand 🙂 cause just the concept alone is a baffling but everyday we break down new barriers and that is what I’m aiming for 🙂

Do you want to go to Heaven with my arms around you?

You write amazing songs, what inspires you?

Thank You 🙂 Life inspires me , what I see, what I’ve lived or been through or even seen others go through, I think that the magic for me lies in singing music I can believe and feel, it comes from a genuine place, I wanna make music that is around long after I’m gone.

You have collaborated with other Jamaican artists, which was your favorite?

Hahahahaahaha I can’t chose One but for sure My sister Tami Chynn, we collaborate every day behind the scenes but also Diana King; She’s amazing !!! and the List goes on…

Is there an international artist that you would love to work with and why?

Celine Dion because she’s amazing at what she does and she is timeless her music can cross over and touch soo many no matter what age , culture etc. I look up to her a lot. Plus She can sing ANYTHING !!!!

A question a lot of your fans are asking is when will you drop the debut album?

November November!!! Fingers crossed :) soo excited it’s called “In between words” and it  is my journey thus far , where I’ve been, where I’m at and where I’m going 🙂 and it’s truly something I’m proud of because it’s completely independent , So it’s a big deal for me and that’s part of the reason it took soo long to come out because we really were doing it ourselves and I’m too much  of a perfectionist to release something I’m not completely happy with.

It’s only you and I, and that’s the way we’ll stay…

Where is your favorite place to perform outside of Jamaica?

Oh Gosh that’s hard…at this moment probably Trinidad, I always have an amazing time there 🙂

Would you like to tour the U.S some time?

Most definitely it would be a dream come true and it’s being put into motion.

What’s next for Tessanne Chin?

Day at a time 🙂 I’ve learnt in this industry you take each day as it comes because you never know what’s around the corner , right now there’s an album to be released ,Videos to shoot, a lot of promotion to be done and another album to start recording separate and apart from my Personal life which is also getting to be quite busy also. Lol Day at a time.

I’ll take you there, to my secret hideaway…

Listen to Tessanne Chin’s music and find more info on the artist:

Be sure to get the album “In Between Words” as soon as it is released. Let’s support this amazing talent. 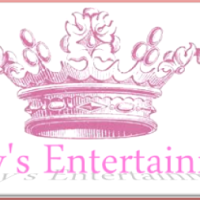