Kem dealt with homelessness and addiction after finishing high school, but he managed to overcome these issues with music and spirituality. “My career didn’t take off until I connected with my spirituality. That’s why I take time on stage and on the album to administer spirituality to people. That’s one of the things that I am most proud of.”

Kem was signed by Motown Records in November 2oo1, and re-released his debut album “Kemistry” in February 2002. “Kemistry” sold more than 500,000 nationwide.  His latest album “Intimacy: Album III” was released on August 17, 2010. The album took the no.2 position on the US Billboard 200, and no.2 on R&B charts, making it his highest charting record, and second to debut in the top 10. His second record “Album II“, debut at no.5 on the Billboard 200, and no.1 on the R&B chart.

My co-founder’s favorite songs are “Why Would You Stay” and “Share My Life“, both of which are stuck on replay. Check them out, this man can SING!

One thought on “Spotlight – KEM” 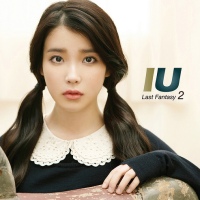