Alex Young is a hot new pop/r&b artist that promises to bring something fresh to the musical table. This multi-talented star has been working with heavyweight producers in the biz to show the world she’s ready to shine.

Music changes constantly but Alex hopes that as she goes along, she’ll never stop evolving as an artist.

Stay tuned to this talented star on the rise. Don’t you wanna know her “Government Name”?

Read the interview to get to know Alex Young a little better.

EY:  Where in the US are you from?

AY:  I was born in NYC and basically grew up in New Jersey, but now live in New York City.

EY:  What kind of music did you listen to growing up?

AY:  I listened to so many different types of music growing up. Both my parents were very into music and the arts. So, there was music constantly playing throughout my house. From a very early age I was exposed to variety of artists that have influenced me. Artists like Jobim, James Brown, Ella Fitzgerald and Coltrane to name a few. A lot of the time there were completely different genres playing at the same time from different rooms. That always sounded the best to me.

EY: When did you decide that you wanted to be a singer?

AY: I’ve honestly known I was going to be a singer since before I can remember. It has always been a passion of mine. I feel that it’s just such a powerful form of expression.  So, singing combined with some of my other passions like dance and performance was a total no brainer. I couldn’t think of anything I’d like to do more.

EY: How does it feel to work with people who have produced hits for artists like Rihanna, Mary J. Blige, Britney Spears, and Janet Jackson to name a few?

AY: It is humbling to say the least. I feel really lucky to have gotten the chance to work with them. I really love the process of creating with such talented people. It’s always best when it starts organically from a skeleton of a song and then transforms into this big complex layered piece. It’ always amazing to see each step building on itself.

EY: How would you describe your music?

AY: I’ve never been the biggest fan of categories because I think everything can be interpreted differently to each individual. I would have to say that it falls under the umbrella of Pop/Dance music. It’s very fun, upbeat, and dancy. Something that I hope everyone will want to get up and move to. I really just want everyone to get out of their seats and start to dance.

EY: Do you write your own songs?

AY: I collaborate on the songs from my Album, “Amazing.” I’ve worked with some great people who I bounce different ideas off of to create the song. People like Taj Jakson…., Michelle Bell, and Takiyah Mathis. So, it really has a diversity of sound that I think gives it a lot of strength. I do love to write.

EY: Your single “Government Name” is hot, what inspired that?

AY: I’m glad you like it! For Government Name, I worked with songwriter Takiyah Mathis, who is actually Stevie Wonder’s daughter. So, to have a legacy like that with me in the studio was just amazing. The song is all about the mystery of true identity and the alias’s people create to see or experience the world through a different keyhole.

EY:  How do you manage being in college and working on your music career?

AY: When I was recording my album, I was carrying a full course load at Sarah Lawrence College by day and working in the studio by night. It felt like 24/7. I finally decided to take a leave from school to fully immerse myself in my music. I realized that it’s really not possible to fully commit to two things at the same time that are both so time consuming. Also, I had to follow my passion.  When you know you have to do something, you just know.

EY: Is there an international artist that you would love to work with and why?

AY: I would absolutely love to get the chance to work with Prince. I think his artistry is so innovative, edgy and unique. As an artist, he has never been afraid to test the boundaries or push the musical envelope. So, to be able to collaborate with someone like him would truly be a dream.

EY: You’re the official spokesperson for White Diamonds International, how do you feel about the cause?

AY: It is such an important cause to me. It is too often that miners in Africa get completely taken advantage of by the people who run the diamond industry, which only throws the miners of Africa and their families deeper into poverty and famine. White Diamonds International pays African miners the fair market value for the services provided while lifting up their community and ensuring a completely bloodless diamond to the consumer. It is a completely transparent company, which does not act as a charity but rather an empowering resource and tool given to the miners of Africa to establish and maintain independence and self-sustenance, creating a win-win outcome for everyone involved.

EY: When will your debut album drop?

AY: My debut album entitled “Amazing.” Has actually already dropped. You can find it on itunes, Walmart.com or in any Walmart location. Recently, Walmart chose to feature me as “The Next Big Thing” as part of their rising stars “Sound Check Risers” program. So, I flew out to LA to shoot an interview that they played in all Walmart stores on all the TV screens in their electronics departments. It was super cool to see. Definitely, an unforgettable moment.

EY: Where do you see your music going?

AY: My goal is to have my music spread like wildfire. I want it to connect and inspire. Something that people can play to escape for a while. A sound that people will want to dance to all night long.

Check out her hot video for “Government Name”

More about Alex Young at: www.alexyoungmusic.com

Be sure to check out her music: http://www.myspace.com/alexyoung1 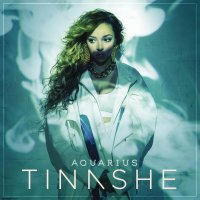