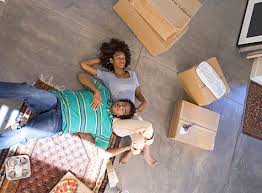 Kai and I were discussing the issue of shacking up before getting married.  We tackled this issue from different perspectives, and weighed our answers based on the analysis of shacking options.

Shacking up before getting married gives you the opportunity to know the person before committing to life imprisonment. Ever heard the saying, ‘You don’t know a person until you live with them’.  When you are in a shackless relationship, you are pretty much oblivious to the others daily routine.  But, in a shacked up situation you become aware of what the other does at a more acute level. The little things that you found ‘cute’ no longer seem the same. They slowly start to become annoying with a capital ‘A’.

On the other hand, shacking up before marriage does not automatically translate to a  higher acquired knowledge of the other. Matter of fact, it can mean the complete opposite.  You might wake up one bright Sunday morning to find your man of 15 years holding a knife over your head with dark shades, ready to do the unthinkable. Exaggerated? A tad so. However, such scenarios, even worse ones have in the recent past been reported in the media.

Shacking up allows up for guinea pig testing projects to take place. What in the world is she talking about? I am talking about: SEX, COOKING, LAUNDRY etc. In regards to sex, before the both of ya’ll are joined in holy or hell (knock on wood) matrimony, you already know what the deal is in the sack, or what to expect.  By the way, this can be a deal breaker, but I’ll save that for another post.  Ever watched the Popeye’ chicken commercial where the lady goes, ‘It is finger lickin’ good!’ Well ladies, how good of a cook are you? (I know men cook too, but let’s keep it real, women do more of it, hence my reference to them. This is for those feminists dying to start questioning my questions). If he rarely asks for seconds, and your ring is diamond or gold coated, instead of the real thing, you know what that means right? Your cooking sucks! Deal breaker…could be?! Sarcastic much? Yap.  Laundry. Washing, folding and storing away can be used as a gauge for things to come. Depending on how gifted you are with it, he might upgrade the coated one to the real thing, after a few years into the marriage. I will soon be putting up tutorials on you-tube for this particular subject matter, stay tuned!

Kai’s conclusion is she doesn’t think, she’ll be part of the shacking up statistic because she highly believes it really adds nothing to the equation as overtime people change, ‘people snap’! (Girl, who you seeing?!) Personally, I will forever remain confused and adamntly in need of my personal space to ever consider shacking up.  I am not ruling it  out, I mean in a way I am. Bottom line, I want my cake and I want to eat it too! Confused much?!

One thought on “Shacking Up Before He Puts A Ring On It.”