You’re probably wondering what’s up with the post headline? especially if you’re like me and have never read the Jobie Hughes and James Frey novel of the same title. “I Am Number Four” is the film adaptation of the popular teen novel, and is produced by the talented duo Michael Bay and Steven Spielberg (Transformers movies).

The movie stars Alex Pettyfer (Stormbreaker), Timothy Olyphant (Hitman, Live Free or Die Hard), Teresa Palmer(The Sorcerer’s Apprentice), Dianna Agron (Glee), and Kevin Durand (The Butterfly Effect, Legion). It depicts the story about nine aliens, who look human, that left their home planet to find refuge on earth. However, their enemies have followed them to earth to kill them.

Each of the nine aliens is given a guardian and will develop superhuman powers as they become adults. They are each assigned a number. These last children of Lorien can only be killed in the sequence of their numbers. Numbers One, Two, and Three have been killed so far. Number Four, John Smith (Alex Pettyfer), moves to Paradise, Ohio, and is under the disguise of an American high school student.

“I Am Number Four” is set for a February 2011 release, and have already been getting positive reviews. It is also being compared to “Twilight”.

Watch the trailer below to get a glimps of the well directed action packed film: 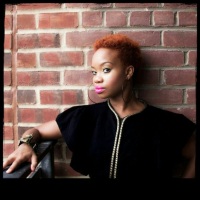