The once popular (and sizzled out) reality show “The Hills” ended, but it looks like MTV Japan has created their own version called “SHIBUHARA GIRLS“. Cameras will follow four dreamers trying to get their start in entertainment.

This interesting (but not new concept) show will air on January 8, 2011 throughout 16 countries in Asia. For those of you living in North America, like myself, guess you’re gonna have to wait til someone uploads it on YouTube. If you were a fan of “The Hills“, then you might actually like “SHIBUYA GIRLS“. I for one am kind of anticipating a different country’s version of the show.

For more information, (that’s if you can understand Japanese, but then again you could utilize Google’s 90% accurate translator) visit MTV Japan’s official website 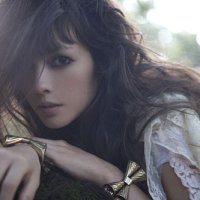