Meet Sylver, a Belgian vocal trance duo made up of Silvy De Bie (vocalist), and Wout Van Dessel (keyboard, guitar, songwriter). Sylver has toured Europe, Asia, and North America. They are best known for the songs “Turn The Tide“, and “In Your Eyes“.

Silvy De Bie began her career at the age of nine. She appeared in the Belgian television series called “De Kinderacademie (The Children’s Academy)”. Due to the fact that her country’s law prohibited children under the age of 16 from working, she had to put an end to her entertainment career as a child. She later returned in a band called ‘Liquid’. Wout is a well known DJ throughout Belgium, and he met Silvy at a disco where he was the resident DJ.

Sylver was formed in 2000 as Liquid feat. Silvy, however they changed their name due to the fact that another group had the name Liquid. In 2001, the group released the single “Turn The Tide” throughout Europe, which went to number one in Belgium. Later in 2001, they released the album “Chances“. “Turn The Tide” stayed in the top 10 for 12 weeks. Their second single “Skin” was released in Belgium only, and went to number 2 on the charts.

Their second album “Little Things” also debut in the top ten on Belgium music charts. The album’s first single “Livin’ My Life” debut at number 5, while the second “Why Worry” debut at number 10. Their third and fourth album did not do as well as their first two, however their sixth album “Sacrifice“, which was released in 2009, peaked at number three on the Belgian album charts and earned Sylver a TMF award for ‘Best Album Nationally”. Their latest album “Decade – The Very Best of Sylver“, is a second compilation of their greatest hits, and is also in celebration of the group’s 10th anniversary. The album went to number one on Belgian charts, the first to do so but was their fifth top ten album since their debut. Sylver has released a new single, which is included on their best of album, titled “It’s my Life“. The group is currently on the Sylvershow tour throughout Europe, in promotion of their best of album.

Sylver is a very talented duo featuring synthesizers and drum machine in their music, creating a trance sound that fuses together with pop. Not to mention Silvy is a very excellent singer. Two of my favorite songs from Sylver are “In Your Eyes” and “Shallow Water“, check them out below:

For more information on Sylver, check out their official page:

One thought on “Spotlight – Sylver” 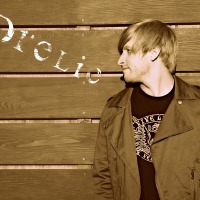 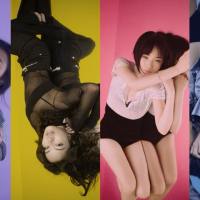