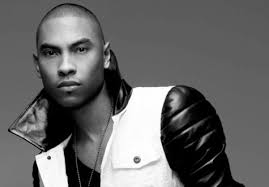 Miguel Jontel is one talented artist, and I think people are sleeping on his debut album, which delivers in a variety of style: hip hop, r&b, soul, and rock; Music lovers can find something on the record they can relate to.

It’s incredibly written and produced, and fantastically arranged. His vocals and melodies are off the chain. To fully grasp the message I’m trying to convey, listen to the entire album here, and let me dissect Miguel’s first solo effort track by track:

1. “Sure Thing“: A declaration of his love and affection. In this slow jam, Miguel is emphasizing on the strength of his love, no matter what he’ll be there holding her down.

2. “All I Want Is You“: The lead single and album title is all about missing your lost love. You can hear the longing in his voice, that’s why I like this song, and J.Cole’s rap adds to the pain when he starts out with the word “damn!” It’s all about realizing how much you love and need someone only after they’ve left. Miguel is left with the reality that he truly loved her, but it seems to be too late.

3. “Girl With The Tattoo (Enter.Lewd)”: An intro to the next track, which is quite interesting. Seems like he’s talking about a one night stand with a woman who uses people to get ahead in life.

4. “Pay Me“: Miguel is asked to pay the girl for her service provided to him. Sounds to me like he’s singing about groupie love. I can’t get over how addictive this beat is. Whenever I hear this song I feel like dancing.

5. “Quickie“: No strings attached. Miguel makes it clear in this song he doesn’t want to be loved, only needs a quick fix. He wants to avoid the emotional roller coaster and go straight for the flings. Who can blame him, after going through a heartbreak in “All I want is you”, he probably just want to safeguard his heart now.

6. “Girls Like You“: My second favorite track on the album. This song is the reason why he’s looking for a “Quickie” now. The lyrics depict Miguel being lonely, and missing someone. It becomes clear that he’s really looking for something of substance.

7. “Overload (Enter.Lewd)”: An shortened way in which he’s saying he’s tired of all the issues within the relationship. It’s a hint to what he’ll be expounding on in the next track.

8. “Hard Way“: A continuation of the heartbreak phase. Miguel makes it clear that he’s still in pain; seems like a version two of ‘All I Want is You’, which was also produced by Salaam Remi, only this time it’s like he’s telling himself to get over it cos it won’t get better: “I always learn the hard way, my heart breaks with you”.

9. “Teach Me“: Sounds like a 90’s slow jam; an r&b love-making song. In this track, he leaves the heartbreak behind to explore a deeper love. Miguel wants to learn more from his woman. He wants to “release the love inside”, and he hopes she can guide him to do just that. I love the passion in his vocals on this track.

10. “Hero“: My utmost favorite song on the album. Miguel wants to be the protector; he wants to give love in every way possible. The title is self-explanatory: he wants to be the superman of love. I also love the guitar and how he incorporates it into the song.

11. “Vixen“: I love how he moves from “Hero” to “Vixen”. He’s obviously into role playing. The song is encouraging creativity in the relationship, the bedroom to be exact. Need I say more.

12. “To The Moon“: Reminds me of an 80’s funk/soul song. It’s a dance feel song that’s all about romance; he’s asking the girl to give in and let him take her to the depth of his love. Miguel also explore’s more soulful vocals in this track.

13. “My Piece“: He’s taken (maybe). Miguel ends the album with this track about the strength in commitment. He makes it clear that their relationship won’t be fazed by any further issues. “Uncrushable”.

Overall, I’m loving this album. I like how Miguel starts out all in love, goes heartbroken and lonely, and then back into love. It’s a happy ending I guess. I don’t work for his PR team (LOL), I simply just want to acknowledge real talent where it needs be recognized. Wake up and buy “All I want Is You“.

One thought on “[Review] Miguel’s “All I Want Is You””