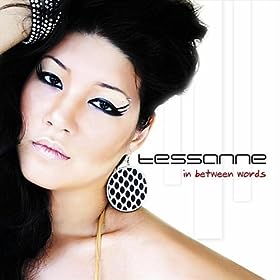 This exotic Jamaican diva has an incomparable voice. Her music touches on her reggae roots, mixed with rock and soul; what an amazing combination she has indeed.

Tessanne has released her first solo album 'In Between Words' digitally, so that her very anxious fans around the globe can gain access to her music. I have listened to this powerful release, and made the decision to write a review that will hopefully encourage, if not utterly persuade you to purchase it. Read on for the full evaluation of each song:

1. ‘Black Books‘: The album starts out with this uptempo rock track. An empowering song many women can relate to, about a man who doesn’t appreciate your worth until the relationship is over. Tessanne sings about being alone and mistreated by the man she loves, while he runs around playing games.

2. “Hideaway“: This soulful reggae ballad is all about love. Tess is trying to convey her feelings to a guy she’s fallen for. She’s offering her heart as a secret hideaway from all his troubles, and to receive all the love he’s only dreamed of. Absolutely beautiful words.

3. “Loving You” is definitely a song for couples. It’s about showing your love and affection to each other.

4. “Flying High“: A truly uplifting song for those chasing their dreams and forgetting all the haters. We’re all ‘Flying High’ so don’t let anyone stop us. For all those who have doubts, just watch and see.

5. “Messenger“: This song makes you think about what’s going on in society today. Tessanne is known not only for her poetical love songs, but also for conscious and thought-provoking lyrics in songs like these.

6. “The Fall“: This is about the strain a relationship going back and forth causes on the heart. She emphasizes on the fact that the relationship has ended, but the guy seems to want her back.

7. “Are Yah Gonna (Control)”: Asking a potential what his intentions are with her heart. She needs to know if she’s only gonna get her hopes up for him to just hurt her again and again like the previous guy did.

8. “Blue Lights (S.O.S)“: If you are still not convinced Tessanne’s a truly deep songwriter, then this song is a sure proof of that. The song’s about rising above the difficulties, and disallowing others from damaging your dreams.

9. “Who“: Similar to the deep lyrics unravelled  in ‘Messenger’. She sings about injustice and political issues, and wanting to know ‘who’ is the right one to trust.

10. “Guilty by Design“: Tessanne touches on issues concerning the human behavior, and our reactions to some things in life. I love the heartfelt passion in Tessanne’s vocals, and of course those high notes.

11. “Family“: The title says it all. This track is about the love of family and friends, and your most treasured.

12. “The Right One“:  She’s been searching for so long and has been hurt too many times, now she wants to know if she has found the right one who’s gonna love and cherish her.

13. “You and Me” (duet with Tami Chynn): This track picks up where the last one left off. She’s completely in love, now she’s hoping he won’t ever hurt or neglect her love.

14. “Taken“: Tessanne ends the album on somewhat of a sad note. This song is about letting go of your lost love and wishing him the best. Tess is hoping that the new girl will make him happy. Basically, it’s like she’s saying no hard feelings.

*There are two songs that I had hoped would’ve made it to the album: “Running” and “No Matter How“. It’s unfortunate they didn’t make the final cut, but regardless the album is still fanastic.

Tessanne Chin did an exceptional job for her first album. The lyrics are deep and the songs are soulful; whether they’re slow reggae ballads or fast paced rock jams, she delivers without a pinch of error. A flawless record demanding a place within your music collection.

3 Comments on [Review] Tessanne Chin’s “In Between Words”