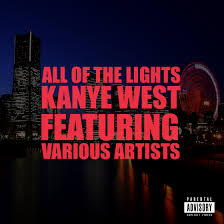 Kanye has released the music video for his single “All of the Lights“, and I’m actually feeling this song. It’s my second favorite along with “Runaway” from his “Beautiful Dark Twisted Fantasy” album. The music video was directed by Hype Williams and features Kid Cudi, Rihanna, along with a dozen other singers which I have no time to mention. The video somewhat plays on the lyrics to the song, depicting issues faced by families in society. I particularly liked that the song has substance, but what I didn’t appreciate was Rihanna’s outfit in the video (sorry to diss you on your b-day). Why must this chick make everything about sex when it’s not even that kind of song. Anyways, see the video for yourselves and tell us what you think.