Meet Skylar Grey, an American singer, songwriter, multi-instrumentalist and record producer. Skylar is best known from the Fort Minor single “Where’d You Go” under the name Holly Brook, and the songwriter for Eminem & Rihanna’s hit “Love The Way You Lie“.

Skylar Grey was born Holly Brook Hafermann in Wisconsin. As a child, she performed in a folk duo called Generations alongside her mother. Generations recorded three albums: “Dream Maker“, “Lift Me“, and “Millennial Child/Waiting For You“. Grey joined a band when she was 15 years old, and at 18 moved to Los Angeles to record her first demo. In 2004, she got signed to Linkin Park‘s vanity label, Machine Shop Recordings by the band’s guitarist Brad Delson. Skylar began recording music under the name Holly Brook, and in 2006, she was featured on Mike Shinoda’s Fort Minor single “Where’d You Go“.

In June 2006, Skylar released her debut album “Like Blood, Like Honey”, and performed as an opening act for other artists including Teddy Geiger and Jamie Cullum. Grey went back in the studio to record new music, as well as to lend her vocals and write songs for other artists. In 2009, Alex da Kid signed Skylar to his Wonderland Music Imprint as a songwriter and producer. Alongside Alex, Grey penned the lyrics to “Love the Way You Lie” Part I and II, as well as recorded the demo version of the song. “Love the Way You Lie” earned Grey a Grammy nomination for Song of the Year, a songwriter’s award. Skylar also co-wrote the popular “Coming Home” by Diddy Dirty Money, and “Castle Walls” by T.I. featuring Christina Aguilera.

Skylar is currently in the studio working on her next album under her new alias. Recently, she can be heard on Lupe Fiasco’s single “Words I Never Said” from his Lasers album. She is a very talented artist, and the definition of a hard working female. Can’t wait to hear new music from her.

Check out her my favorite Skylar Grey featured songs below: 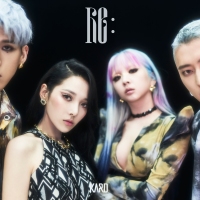