So just who is this acclaimed Roc Nation‘s “Good Girl“? Well, let me introduce you to South Carolina native Alexis Jordan. Think charisma, power vocals, cool dance moves, and you’ll pretty much sum up the talent of this exotic looking diva on the rise. You may remember Jordan from the first season of America’s Got Talent in 2006, and as the YouTube sensation who received millions of views for her renditions of hot songs. That’s right! the “Happiness” singer is ready to take the world by storm. And with the release of her self-titled debut album, Alexis is already making waves internationally and beyond.

One can only dream of becoming a star, and often times make that dream come true. Alexis has been entertaining since a young age; she opened for music legend Smokey Robinson at only 12 years old. Being eliminated from America’s Got Talent did not slow her down. Alexis hit YouTube, uploading covers, while sending demos to different labels. She caught the attention of Norwwegian producer Stargate and globally known rapper Jay-Z; both signed her to their label StarRoc/Roc Nation. Jordan released her debut single “Happiness” in September 2010, which debuted in the top 10 on charts in Europe as well as the states. “Happiness” reached number 3 in Australia, the Netherlands, and the UK. The single topped the US Dance Chart and Norway’s VG-Lista Chart. The single was later certified 2x Platinum.

Alexis did not slow down after the success of her debut single, she released her second “Good Girl” on February 18, 2011, which reached the number 2 position on the UK Singles Chart. Her debut album, “Alexis Jordan“, was released on February 28, 2011. The album reached the top 10 on UK Charts. Alexis has since added actress to her resume, starring in a short film for Sprite Refreshing. She’s truly a talented young star rising, and I can’t wait to see what she does next. Definitely purchase her debut album and support Alexis Jordan’s music.

Check out her two music videos below: 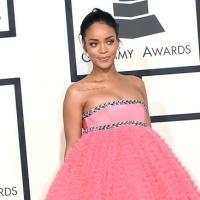