French emo/r&b/rock singer Jena Lee released the music video for her single “Mon Ange” back in March. I’ve obviously been sleeping on this news because this song just happens to be my favorite on her sophomore album “Ma Reference“. Though it’s in French and I don’t understand a word, I absolutely love the song because of the emotion in the lyrics, however, the music video lacks the depth and substance that carries the track. There’s not much I can say except it tied in a little with the song. The lyrics had something like “don’t be my angel, become my demon“, and the love interest became a fallen angel in the video. Anyways, check out the music video below and be sure to purchase “Ma Reference” now and support Jena Lee. 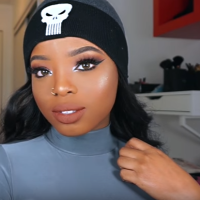