Rapper Missy Elliott, who brought us hits like “The Rain (Supa Dupa Fly)“, “Get Ur Freak On“, and “Work It“, and is currently the only female MC to have six albums certified platinum, has been absent from the music scene for quite some time now. Fans were left in wonderland trying to decipher if the entertainer was ever going to return. Well, Missy recently had an interview with People magazine to finally clear the air as to why she hasn’t been releasing any new music. The artist has been battling Graves’ disease since 2008. This is an autoimmune disorder (a condition that occurs when the immune system mistakenly attacks and destroys healthy body tissue) that leads to overactivity of the thyroid gland.

Missy told People that some of the symptoms came on rapidly affecting her basic body functions:

“I was driving and trying to put my foot on the brake, but my leg was jumping. I couldn’t keep the brake down and almost crashed. I couldn’t write because my nervous system was so bad – I couldn’t even use a pen.”

“I’m 30 pounds lighter because I’ve been exercising.  My thyroid is functioning, so I haven’t had to take medication in about nine months. But, you live with it for the rest of your life.”

Missy also suffered other symptoms such as hair loss and mood swings, leading her to turn to radiation. This helped to improve her condition.

The rapper is back in the studio working on her comeback later on this year. 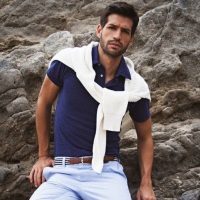