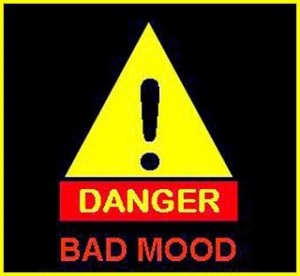 It was raining, I was moodless and had tons of errands to run. Basically, it was one of those IDGAF(idontgiveafack) days.  Have you guys noted with concern as I have, that the world does not come to a major halt simply because you are having a bad day?

As if in mockery of your mood, there seems to be a ghost appointed by a higher power that secretly whispers in people’s ears and tells them to be irritatingly nice. You are then forced to acknowledge or politely ignore them, which can be a very difficult task to do. The girl next to me on the bus was smiling like crazy at me, and I simply had no choice but to smile back.

Of course, the bus ride cannot be complete without one crazy. This one came in carrying a jumbo size safari bag, like he was ready to climb the Appalachi mountains or something.  Where did he decide to seat?! Next to me. Throughout the whole bus ride, he kept saying how rich he was, and kept unfolding and folding four dollar bills and some change to assure whoever was listening, he wasn’t just talking. He was all business! *Rolled my eyes, and stared into nothingness*.

Today was just not my day! No fine brothers to stare at, old bus driver, crazy ass riders! Urrrrrrgh! Oh well. I will survive.