I hate unsolicited advice, it drives me nuts especially that of strangers.  The bus is usually not the best of places to dish out unsolicited advice or soak in words of the wise.  When using public transportation the unspoken rule is to treat everybody as a potential crazy. Basically this entails having a keen inconspicuous eye and not ruling out anybody from the crazy list because of how they look. Looks can be deceiving.

Now that you have the basics, lets go into the advice part of this particular chronicle.  Two high school girls who had occupied the seats in front of me, chatted away about cute boys and make up, when suddenly one of them declared rather loudly.

That statement was profound, or rather the breakdown she gave her friend thereafter was bomb. It went along the lines of,  people are so caught up in the successes of others, that they make it their prerogative to bring down that person, unbeknownst to their own detriment. Instead of minding their business, and building their own success path they are blinded and sidelined by jealousy.

All this was coming from the mouth of babes. By the way, these are never exaggerations get on any bus, train whatever is available in terms of public transportation and observe for yourself.  You will find your self amongst sane and unsane intellects, who never stepped a foot into any Socrates class in college.

This now brings me to the unsane intellect.  Oxymoron, but nevertheless makes perfect sense when you meet them. These are the kind that give me the giggles.

Girl stay in school, my niece is up here studying something I don’t know what. All I know is that she is studying and trying to make it in this cold world.

Those my dear EY lovers, were the words of a 50 something year old lady who moved from one end of the bus to near where I was sited with great furor.  She plopped her self next to a young lady about my age, who I distinctly remember as having been studying for a test in human services.  Those words of advice were directed to her. The  older lady proceeded to tell the young lady her whole life story, totally disregarding the fact that she was studying.

Folks, if you remember I did mention about bus etiqutte. Never,ever even when incited be rude or impolite to anybody. Huff, puff and die ever so slowly inside, and release all that built up tension after you get of the bus, not in the bus. You might end up getting all your beautiful set of 32 teeth knocked the eff out. It’s a cold world out there, to echo the lady’s sentiments. With that said, the young lady was polite enough to engage her in a little conversation, that turned out to be filled with lots of wisdom borne out of experience.

It turned out that the lady had a hard life. She had one kid, and six grand babies of which she did not know what to make of. She was unemployed and so was her daughter. The young lady asked her  if she was married and boy oh boy did she touch a nerve or what.

Why do you ask if I am married. Do I look married to you?

Her tone told everybody near what time it was. #immabouttosmackthelivingdaylightsouttayou. With bated breath, I waited…..it never happened. Instead, she told the young lady how she found herself in a relationship that nearly killed her. During the course of the relationship, her man physically and verbally abused her, to the point of  being hospitalized for broken ribs and missing teeth(which she showed for effect). She regretted never having pursued her life fully on her own terms. Every single decision was made in accordance to her man’s expectations. They broke up and eventually she found her way in life.

Before she got off, her parting shot:

Stay in school, men are nothing but scumbags. Life is short, make something out of it.

That was some good advice coming from a woman who looked like she was high on something else other than oxygen. 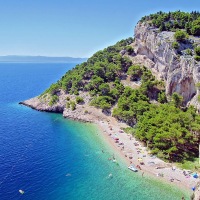