Things don’t always work out the way you planned so it’s recommended that you always have a back-up. But what if life prevents you from even having a plan B? What if you took the one last chance you have left to be happy, knowing you had no other options to fall back on? Well, that’s exactly what my girl did; let’s just say that now she’s single, broke and depressed. This is the horrific conclusion when considering her current state of mind. If you’re looking from the outside in you might not get the clear picture of what’s really going on with her, but by simply observing without saying a word, you just might pick up on the fact that there’s something obviously wrong.

Trying to figure out when things actually went sour is a bit tricky, but then you realize that its only necessary to go all the way back to the beginning, to the point in time when she decided to make the decision to move in with her “soulmate”, find a job, then go back to school. Was it foolish of her to rush things like that? They’ve only been seeing each other for 3 months prior so moving in together seemed too soon if you asked me. But then again, no one did. She didn’t talk things through with her two best friends or family, it was just a decision made by a young and naïve heart. And when you’re 21 it’s like you’re an unstoppable force. “There’s no money to pay for an education right now. It’s also hard to find a decent job so that’s why I moved in with him to kind of lessen the burden. Also, I love this guy.” Those were the words coming from her mouth when I asked her why she did what she did. I am in no position to judge, but I don’t think moving in with a guy just to lessen your burdens will make anything better, especially when he turned out to be the kind of man she wasn’t expecting him to be.

Let me stop you right now if you’re thinking he became physically abusive, but had the relationship gone on any further I feel it might’ve gotten to that. Instead, it was more of a possessive kind of behavior that he started to portray. She hardly kept in contact with her friends because he had an issue with us. And she couldn’t really go anywhere without him getting paranoid as a result of jealousy. She basically put her life on hold just to take care of him and make sure he was feeling satisfied. Towards the end, she sort of lost herself. I think she finally opened her eyes once she realized that her life wasn’t moving forward, and the deep love she once felt was also drifting further away. Suddenly, I wasn’t hearing “I love this guy” anymore being uttered from her lips. We even stopped speaking for a while because she wasn’t taking any calls much less visitors. The next thing I heard she moved back in with her family and basically isolated herself from her friends.

I thought to myself, maybe she was feeling embarrassed, but I always had the impression that our friendship was one that we could always be our honest selves. I guess I was wrong. These days, we still don’t talk much and I’m beginning to feel helpless towards her. But then again, what can I really do when she’s making it clear through her non-verbal communication that she doesn’t want my help. I guess I should give her time to heal and possibly remember that she has friends she can talk to. At least, that’s what I’ve concluded. To be honest, I’m not really sure if we’ll ever be good friends again, but I’ll remain waiting whenever she changes her mind.

What do you think? How do you help a friend who’s down and out?

6 thoughts on “Single, broke, and depressed” 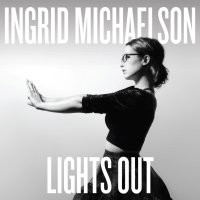