After 2 years of unrest and weeks of intense testimonies, the jury in the involuntary manslaughter trial of Michael Jackson‘s personal physician, Dr. Conrad Murray, came to a verdict: Guilty. At 4pm on November 7, the 12 jurors unanimously agreed that Murray was indeed responsible for Jackson’s death by administering a deadly dose of the sedative propofol to the King of Pop after he complained of insomnia.

Michael’s parents Joe and Katherine Jackson made a statement following the verdict, “We have been waiting for this moment for a very long time and we couldn’t hold back tears of joy in the courtroom.  Even though nothing can bring back our son, justice has finally been served!”

Latoya Jackson tweeted while on her way to the Los Angeles courthouse,  “I’m shaking uncontrollably. Michael’s spirit will be with us in the court room and he will make sure the right verdict is made.”

Dr. Murray has been denied bail having been found guilty of a felony. He will remain in custody until his sentencing on November 29. The doctor faces four years in prison, and a revoked medical license. This is something that will follow him for the rest of his life.

While many let out a sigh of relief after hearing a guilty verdict, one could only expect the aforementioned result if you’ve been keeping up with the trial for the past six weeks. Every testimony fanned the flame of a guilty verdict that seemed inevitable to escape, especially after hearing how the doctor tried to hide medical evidence after Jackson’s death.

This has been declared as some kind of closure but how can one find peace in knowing that their son, brother, and father is no longer here and will never return. It could’ve been a case where Dr. Murray wanted to suppress a man’s agony and give him some kind of peace. I’m sure he never anticipated it would in turn kill him, but he handled himself in a way many of us would: he panicked. He knew the Pop icon’s death would be blamed on him, so of course he would try and hide evidence. But still, you just can’t deny the fact that there was negligence on his part and as a doctor he should’ve known better.

That’s just my opinion. What do you think? Is Dr. Murray’s verdict fair?

One thought on “For Thought: Dr. Murray found guilty, was justice served?” 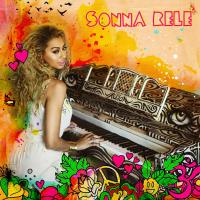