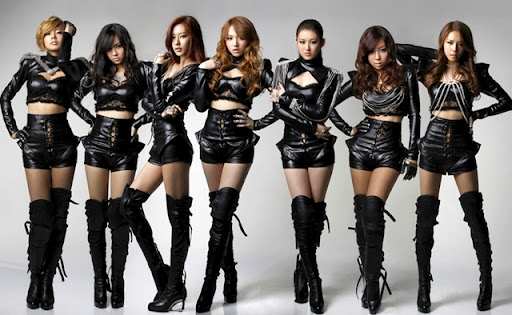 What a disappointment. I was so looking forward to getting my party on with “Time To Rock Da Show,” only to discover today that it’s not the lead track afterall. Like for real, are you kidding me? What is wrong with Kpop these days? To think I was about to praise Brave Brothers on what sounded like their best production to date, only to have it turn out to be just a 50 second intro. Well, look at it this way, at least this hot beat made it to the mini album. By the way, how is this an EP when it only has two songs. Anyways, on to  my discussion on the real lead track, “Pop Pop Pop.” I hate it!

There’s nothing really distinctive about this song. It joins the rest of the cute, bubblegum pop tracks being released lately. Aside from the rap, I detest the rest of the track and the beat. The chorus is rather cheesy, and no offense, but it also sounds idiotic. I barely made it through the entire thing. The second song, “Goodbye,” was much better, but it’s a slow paced mellow pop ballad.

I think RaNia, or should I say their company, can do much better. Regardless, I still wish them well because in the end, these are actually girls with talent and I don’t mean mediocre. But that’s just me.

What do you think about Pop Pop Pop?