So, just who is Mai Kuraki? Well, not someone I’ve been listening to for years now so I couldn’t possibly begin to decipher her best from her “down” moments. What I can tell you though is that the Urban Jpop singer’s latest and 10th release is astonishing to my ears and I’m completely infatuated with her sound. “Over the Rainbow” solidifys a captivating album with vesatility. The artist made the utmost effort in bringing forth something strong and memorable, in terms of musical style and sense. I couldn’t stress enough on my inability to clearly understand and interpret the Japanese language much less any other foreign language outside of my native English, but I do feel the message in her singing and vocally she connects extraodinarily with my soul.

“Strong Heart” is the ice-breaker; immediately I’m enlightened on the kind of music this woman makes and her intentions on establishing substance in song. This track has a catchy beat and magical harmonies that whisk’s you away to a land of colors and neverending happiness. Already I can feel the album’s title being lived out in the songs. While the first is merely icing on the cake, “Another Day * Another World” takes it away. The dance beat is neither average nor left at exceptional, it simply breaks the unbreakable. This is the one track I repeat more than the others and I can see myself listening to this year round because it never wears out and I just love her emotional singing on this one.

“Sayonara wa Madaiwanai de” gets things  rocking, literally. There are so many elements of music on this album but it all works well because it depicts Mai’s unlimited talent and ability to evolve as an artist. Her music is just unpredictable and fresh.

I love the playful melody in opening segment of “Stay the Same.” The track is softly performed but rhymically alive. It’s the sultry life of an outdoor garden party while “Your Best Friend” stirs up the emotions of the guests. The passion is felt and the heart is moved. This is a tremendously, without a doubt, one of the best and more soothing song on the album.

“Mou Ichido” is both heartwarming and mouth watering. I can taste honey on my lips while listening to this balladry track. The piano melody at the beginning creates a dramatic atmosphere that snatches the heart of its listeners and continues to hold on even after the song fully comes in. Those breathy backing vocals are rather appealing and just brilliant.

What I love about some albums is how there’s this segment for ballads after ballads before the fast stuff comes back in and “Brave Your Heart” keeps that soothing spell going, with the help of a remarkable male vocalist by the name of Alex Ru. This precious gem is the soundtrack and theme song for the movie “The Love Leading To Tomorrow.” And like the title of the film, the song definitely gives a feeling of love taking you through the days. The highlight of the track is towards the bridge and near the end. Just listen and you’ll understand my point.

And here comes another one. “Sun Will Shine On U” continues the ballad trend but its more towards the r&b side. I love the obvious message in the song and what it stands for on the album. I’ve discovered that most of these tracks are actually themes for a film or Television series and you don’t even have to ask why because from listening you’ll get your answer. The music is just blissful.

“Love One Another” features Michael Africk, who also wrote and produced the song. This was a benefit single for 2011 Tohoku earthquake and tsunami victims which I’m sure we’re all familiar with by now. In some way or the other we’re all affected by that disaster and aftermath is still very much into play. Though there’s an incredible message in the lyrics and music video, you also can’t deny the depth of the musical arrangement and how it compliments the words well.

“Step by Step” revives the cheerful vibe and for a momemt we let go of the sadness in the previous, perfect positioning. The beat is addictive and the chorus is catchy. You don’t need anything else to get you moviding but all comes to a stand still when “1000 Mankai no Kiss” starts playing. However, I have no complaints. The track is tastefully arranged and no words could fully describe how my emotions erupted after all the instruments kicked in. What a surprise!

“La La La * La” closes things off with a mixture of European and Middle Eastern influences in the beat. This is a fast pace dance track and while I enjoyed the ballads, I’m thankful the album didn’t conclude in that way. I can’t help but dance when listening to this song and takes me far way to a place dedicated to eternal fiesta. Does that even make sense?

In my opinion, every track sells in its own unique way. There are no mistakes, nothing to make me question the producers decisions or talents. All I have to say is wow! “Over the Rainbow” gets a rating of 5/5 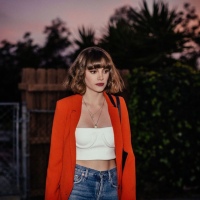 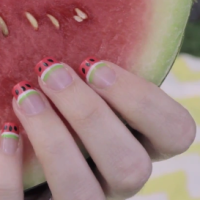 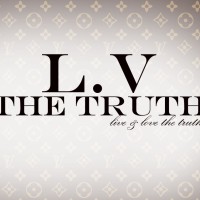 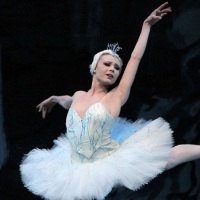