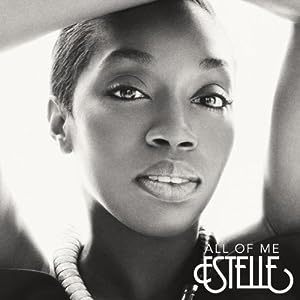 Your reaction to Estelle's new album can either be one of two ways: absolutely bored to death, or you're receptive of something fresh. Let's just say I'm stuck in the middle on this one. Her new music didn't wow ‘all of me,’ sure there were a few hidden gems along the way, but in all honesty, I fell asleep on most of the tracks. Estelle is a talented soul from across the waters and I've been impressed since she first graced us with the notable “American Boy.” Her humble personality and unchanging belief to uphold her values is highly commendable as well. However, sometimes I wish she’d bring more of that energy into her music; I mean, whether its sounding particularly too reserved or lyrically off, there’s usually something not connecting well with me. But then again, it could be just that, me.

The album’s opener, ‘The Life‘, had be grinding to the singer’s intense rhyming. I enjoyed the hypnotic sounds and raw lyrics. This track left me with high expectations for the rest of the album.

‘International (Serious)‘ is a very sexy track fusing pop, reggae, and hip hop together. The song features the talented Chris Brown and Trey Songz, adding their sex appeal and flavor to the electrifying beat, while featuring the amazing productions of David Banner.  This really continued the groovy flow of the previous song, but unfortunately, ‘Love The Way We Used To‘ wasn’t very memorable. It didn’t really captivate me and I didn’t make it through 2 minutes.

‘Cold Crush‘ wasn’t that bad. It had somewhat of a 80’s groovy r&b sound to it and I liked how sweet the words are. The downside, Estelle was sounding rather tired and her delivery seemed half-hearted. Not bad but not good!

I have to admit that Rick Ross does have swag and I like hearing him lend his time to other artists, especially when he brings the track alive because that’s especially what he did with ‘Break My Heart‘.

‘Thank You‘ is my favorite song on this album and I can’t stress enough on how real and convincing the singer sounds on the track. Its bittersweet, at the same time enjoyable, breathtaking, and soul touching. This is a beautiful ballad and I have absolutely nothing bad to say about it. ‘Wonderful Life‘ wasn’t a bad choice coming in after the previous soulful track. It’s very upbeat and positive and I think that after listening to such a sad song, ‘Wonderful Life‘ was more like a happy relief.

Usually when artists record dance/pop songs, you’d expect them to sound upbeat and energetic matching up to the pace of the track, but that just wasn’t the case with ‘Back To Love‘. I would enjoy the instrumental much more than the actual track because Estelle was sounding rather lazy and that’s not cool.

The singer taps into her inner rapper again on ‘Speak Ya Mind‘. I wonder if maybe she should be rapping more because Estelle sounds really into spitting than when she’s singing. Its the vibe she gives off; there’s a lot of uncontrolled effort in her rhymes, but when she sings its like she’s restraint from giving listeners more. This is also a fast pace track but is definitely more awake than ‘Back to Love‘.

The album ends with the hot track ‘Do My Thing‘ which features the innovative Janelle Monae. What I enjoyed about this song was the fact that its a stand alone on the entire album and including the untamed Janelle on anything is bound to be a banger.

In conclusion, its like I’ve stated in the beginning, the album has a few treasures while others were beyond generic and boring. I’ll continue to wait for an outstanding release from Estelle because ‘All of Me‘ is just okay.

Purchase this album on iTunes