Selena Quintanilla-Perez is indeed “siempre en nuestros corazones“, which simply translates to “always in our hearts”. Selena is the best selling Latin artist of the Decade for her 14 top ten singles, including 7 number one hits. The moment songs like “Bidi Bidi Bom Bom” starts playing, a dance vibe gets you on your feet. And of course we all still get captivated and fall deeply in love with the romantic “Dreaming of You“. The Queen of Tejano Music still resides in our lives for generations to come; though she left us prematurely on March 31, 1995, Selena still remains spiritually in her music and our hearts. While we continue to celebrate her legacy, I want to take this time to remember a true legend.

Selena Quintanilla was born on April 16, 1971 in Texas to Mexican-American parents. She was the youngest of three children. Abraham, Selena’s father, recognized the talent in his daughter at a young age, being that he himself was a former musician. He formed the singing group Selena Y Los Dinos with nine year old Selena as vocalist, along with her brother on guitar, and her sister on drums. In 1984, they released their debut album “Mis Primeras Grabaciones” and began doing live performances to promote it. After getting signed to a new label in 1985, the band released their second album “The New Girl In Town“, however the record was pulled from the market due to conflicts with various song rights which were caused from some covers recorded for the album. After many trials, Abraham moved Selena Y Los Dinos to the Manny Guerra labels, which they stayed with from 1985-1989. Selena won Best Female Vocalist at the Tejano Music Awards in 1987, a category she continued to dominate for the next seven years. She released two albums in 1988: “Preciosa” and “Dulce Amor“. A year later, Selena got signed to Capitol/EMI records, and later became a spokeswoman for Coca-Cola. She met and fell in love with guitarist Chris Perez in 1988, a relationship her father was against at start. The two defied all odds and eloped in 1992. In 1990, Selena released the album “Ven Comigo” which became the first record by a female Tejano singer to achieve Gold status. She released another album “Entre a Mi Mundo” in 1992, which spawned the megahit “Coma La Flor“. Her next album “Selena Live!” a collection of her live performances in 1993, earned her the Best Mexican-American Album Award at the 36th Grammy Awards; her first Grammy. A year later, she released “Amor Prohibido“, which was nominated at the 37th Grammy Awards. Selena would later become a fashion designer and model, as well as opening her clothing boutique Selena Etc. in her hometown Corpus Christi, and another in San Antonio. Selena’s fashion became an instant success as many young girls loved her style and considered her to be a role model. Upon reaching international success, she made an appearance in Latin soap opera “Dos Mujeres, Un Camino“.

Selena dreamed of recording an English language album, to be able to connect with English listeners, however promotional tours for “Amor Prohibido” hindered her plans, and recording was delayed. She made an appearance as a mariachi singer in the romantic comedy “Don Juan Demarco” starring Johnny Depp and Marlon Brando. Selena always took time from her busy schedule going into schools to speak with kids about the importance of education, contributing to the civic organization D.A.R.E. and even planned a fund raising concert to help AIDS patients. Community involvement is an important aspect of Selena’s life, and she was well loved for her selflessness.

In February 1995, Selena performed at the Houston Astrodome in front of 65,000 fans, and headlined Miami’s Calle Ocho Festival in early March. By then, Selena began recording her English album, which was scheduled for a summer 1995 release. “Dreaming of You“, Selena’s sixth and final studio album, was released in July 1995, four months after her death. The album debuted at number one on the US Billboard 200 Charts. It sold 330,000 in its first week and was later certified 35x Platinum, making Selena the first Latin singer to do so, as well as having the second highest debut since Michael Jackson. “Dreaming of You” included contributions from Trey Lorenz (Mariah Carey), Full Force, and Diane Warren (Celine Dion). Selena recorded four songs for the album before her untimely death, which included the hits “I Could Fall In Love” and the album’s title track “Dreaming of You“.

Selena’s life has been covered by the media continuously. Jennifer Lopez portrayed the star in a biographical film depicting Selena’s life up until her death at age 23. The movie received positive reviews and it also enabled a wide range of people who didn’t know the star to get a peek into what music has lost. Over the years, many have organized tribute concerts honoring Selena; also a monument in her hometown of Corpus Christi called the Mirador de la Flor was unveiled in 1997. In May 1995, her family established the Selena Foundation in order to help children in crisis. The foundation also assists the unfortunate, elderly, and provides equipment for local public schools. It raises funds from donations and album sales. The foundation also operates the Selena Museum in Texas. In March 2011, the singer was honored with a U.S. postage stamp as part of the Latin Legends Collection. 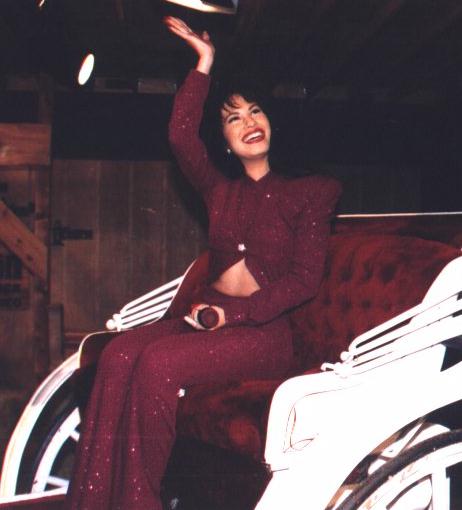 Selena Quintanilla-Perez to this day remains an influence to those who had the opportunity to meet her, and those who hadn’t. Her music has been covered in several languages and played worldwide. She’s described by many as down-to-earth, kind, encouraging, has a wonderful sense of humor, full of life, courageous, and family oriented. These qualities and more are the main reasons why such a talented woman will never be forgotten. Shine on Selena! Your music has touched billions. Your dream came true.

Check out my favorite Selena songs below:

One thought on “Remembering Selena…” 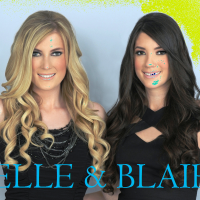