Students at Santa Monica College in California were pepper sprayed by campus police for trying to force their way into a trustees meeting. The students were apparently angry over a plan to offer high -priced courses and decided to demonstrate to get their disapproval across. Only a handful were allowed into the meeting, and upon the denial of their request to move it to a larger venue, they tried forcing their way into the room.

David Steinman, an environmental advocate who is running for Congress as a Green Party candidate, gave a statement to the Associated Press.

“Two officers were apparently backed up against a wall, and began using force to keep the students out of the room. People were gasping and choking,” Steinman said.

Marioly Gomez, 21, said she was standing in a hallway outside the meeting with several hundred other students who wanted to get into the meeting.

“I got pepper-sprayed without warning,” she said.

Santa Monica College spokesman Bruce Smith said he believed it was the first time pepper spray had been used to subdue students on campus.

“It was the judgment of police that the crowd was getting out of hand and it was a safety issue,” he said.

“I think it gave the college a black eye which I know it didn’t deserve and certainly didn’t need,” he said.

Students have been upset over a new plan that involves the formation of a nonprofit foundation which would offer core courses for about $600 each, or about $200 per unit — about four times the current price. The program is designed to cope with rising student demand as state funds dwindle.

The move has raised questions about whether it would create two tiers of students in a system designed to make education accessible to everyone and whether it’s even legal under state education law.

Community colleges statewide have lost $809 million in state funding over the past three years, causing schools to turn away about 200,000 students and drastically cut the number of classes offered.

Trustee Louise Jaffe said during the meeting that she doesn’t believe the students want to listen.

“We spoke for four hours and we weren’t understood,” she said.

Still, what do you you about the campus police’s reaction to the angry students? Were they justified in using pepper spray, should the meeting have moved to a larger venue, what are your thoughts on this event and about the high-priced courses? 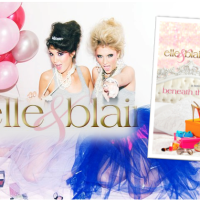