When I heard the name In My Coma, my initial reaction was "what kinda name is that?" but then it all made sense once I discovered Magnets & Miracles. Words can't even describe the feeling that takes over when I listen to their music. There's absolutely nothing generic about it. It's real, emotional, and pure talent. Trust me when I say that you're missing out if you have no idea who In My Coma is, so waste no more time and purchase their debut album now.

Be sure to check out the video for "Losing Sleep," one of my favorites, and of course, continue below for my exclusive interview with lead vocalist Jasper James:

1. How did the band come together and what’s the story behind the name?

LauraDoll and I formed In My Coma in 2006 and began the daunting search for additional members. We didn’t even have a drummer at the time. We played with several musicians over the years and some of them moved on to some pretty big opportunities, playing with acts like Pink, Justin Bieber, and Paramore.

I knew Mike for several years before he joined the band, but when we were in need of a drummer, Mike was committed to other acts and when Mike was free, we had a drummer. The timing just wasn’t right.But sometime in 2010, afterprevious drummers had come and gone, Iwas on the lookout for our third drummer. We were actually getting into desperate waters at this point as well and I decided to contact the writer of an anonymous classified ad for a talented drummer.Incredibly, the writer of the ad was Mike and at that point, I knew it was meant to be. It was only a matter of time before Mike became our full-time drummer. And now of course, he’s much more than that. We’re a family.

After Mike filled the void in the drummer’s seat, we completed our debut album, Magnets & Miracles, which was released in August, 2011.

2. Describe your music and what makes it different from that of others in similar genres?

I really enjoy answering this question when it comes up. We’ve dubbed ourselves as Briternative, which is hopefully different from most of the music out there. Here’s why:

I was born in England and moved to southern Ontario when I was about 3 years old, but I grew up with English folks and even my grade school teacher was British, so I was surrounded by the accent and culture. I only lost my accent at about puberty (side note, I’m laughing here as I type this). But more importantly, I grew up listening to Depeche Mode, Pet Shop Boys and loads more British pop bands that my mum listened to. My dad was more rock and roll though and so his love of the Beatles and the Stones came out loud and clear. And I grew up in North America during the nineties, so grunge hit me like a sack of bricks and I loved it. So, what do you get when you combine Brit Pop and Alternative Rock? Briternative. Maybe it sounds cheesy, but I think it’s a good description of our sound.

3. Tell us about your debut album, Magnets & Miracles. What inspired the name?

The debut album needed to be something special for us, so we spent a lot of time and energy on it. Either way, despite everything we’ve been through, the three of us were brought together. It feels like we were brought together for a purpose. I’m not a fatalistic person and I know that most of my future is in my hands, but you have to have some luck along the way. So, Magnets bring us together and then you also have to bank on that bit of luck to get you where you’re going. So, we went with Magnets & Miracles. We just wanted something that spoke for the album and I think after listening to the album, you’re left with a sense of hope. That was the goal anyway. 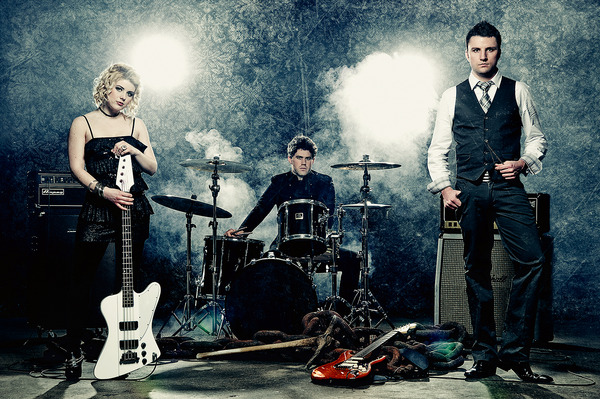 4. “Losing Sleep” would have to be my favorite on the album. What’s the meaning behind that one in particular?

Losing Sleep is probably the most important song on our album. It’s the song that people latch onto first and we’ve received some great feedback on that song. I don’t know how exactly the words or music came out, but I was playing my acoustic late one night and put the song together. It was in the middle of winter and it was a really cold night. Most people dislike the cold, but I find it to be calming and with the cold comes a kind of purity that you don’t get during the summer. The song’s about being in a dark place but finding a sense of tranquility, which is also why we added the musical interlude to the end of the song. The instrumental outro might be the most serene piece of music on the album. Funny enough, I didn’t really like this song after I wrote it, but once I sent the demo out to the band and to our producer, everybody fell in love with it. They all turned me around and now I can’t believe I ever thought of trashing it.

5. Where do you find inspiration to write songs with so much substance?

Inspiration comes when you’re not trying to find it. The songs I’ve loved have been the ones that I’m not anticipating or not working to make. They come naturally. As far as what inspires me, I can’t pinpoint just one thing in particular. I’m inspired by world events, loved ones, movies, other songs, and so much more. For example, I wrote a song on the album called “Lost” which is a story of a young boy who becomes distraught after he realizes that his imaginary friend never actually existed. The song’s about losing the innocence we all have as children. I don’t know where the inspiration to write the song came from, but it just happened one day and now the song has become a metaphor that so many people can relate to.

6. What are you hoping for listeners to take from your music?

We really just want our listeners to enjoy our music. Personally, I hope our listeners take some time to listen closely to the album. As a lyricist, I hope that our audience can relate to our songs and perhaps even find strength in our music. For example, someone listened to our song “My Friend” and then told me that it reminded them of their brother who passed away at a young age years ago. That’s incredible. Another person listened to the same song and was also reminded of a loved one that left us too soon. That’s quite an accomplishment as a lyricist and I hope other songs can strike similar chords with our audience. As musicians, we put a lot of work into the album musically. There’s enough ear candy on this album to satisfy an army of sweet-toothed Vulcans. Get it? Vulcans are from Star Trek and they have big ears… Bad analogy, I know.

7. How has the band evolved since coming together till now?

We’ve evolved not only as musicians, but as people. It’s a trying road and we haven’t even travelled half of our journey yet. I think we’re pretty smart about how we do things. We’ve taken a lot of the work into our own hands and are constantly getting the word out. We have a core group now and we’re very focused on our goals. Number 1, we need to be phenomenal live and no matter what, we can always be better. Number 2, we need to take the reins and get the word out. Number 3, never give up. We live by those rules and those rules keep us in line. 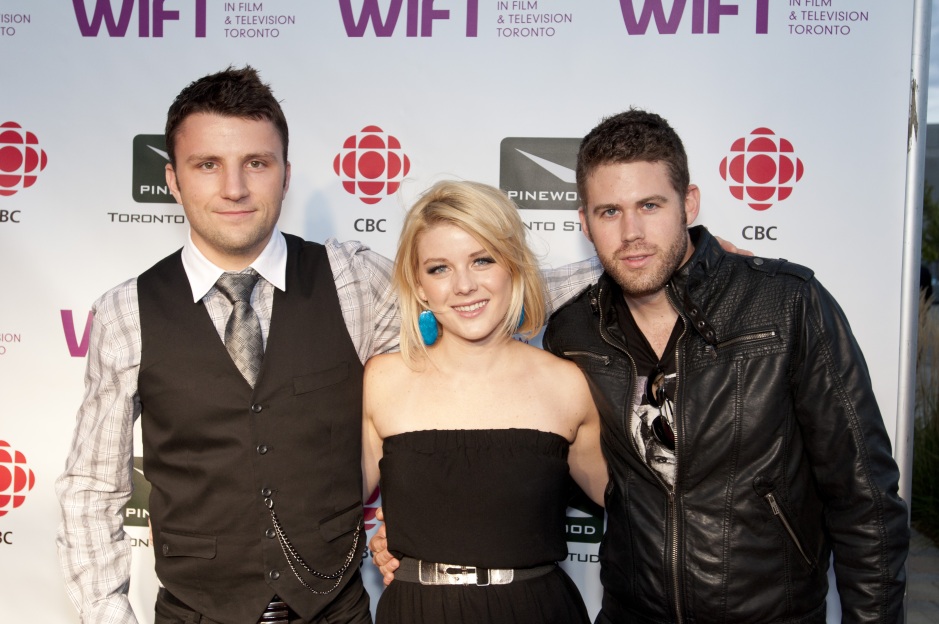 8. Are you working on your next album, and do you already have a concept you’re going for?

We’re not yet working on our next album, but I have a couple ideas up my sleeve. We’ve written a few songs, but right now, it’s crunch time on album number 1, “Magnets & Miracles”.

9. If you guys weren’t creating music, what would you be doing instead?

I’ll speak for the band. I’d be a soccer player… LauraDoll would be a world class Criminal Psychologist. Mike would probably be a Chip n’ Dale dancer.

Anything and everything. We’re open to the new music landscape and we’re prepared for whatever comes out way. You can’t really plan too far in advance in the changing musical realm, but we’re up to any challenges that come our way.

11. Thank you for taking the time, please leave a message for your fans.

In this industry, you get knocked down a lot. Whenever we’ve had low moments, we’ve been able to turn to our facebook page or our twitter feed and see so many comments of support and love for our music from our fans. We know some of our super-fans by name and we can even call them friends. It’s incredible. That love and support picks us up in a way that we can’t explain. It’s almost like a breath of fresh air that moves through your body that reinvigorates you and makes you a bigger person, a prouder person, and a more ambitious person. There’s no way I can think of to adequately thank somebody for that.

1 Comment on [Exclusive] Discovering Real Music “In My Coma”