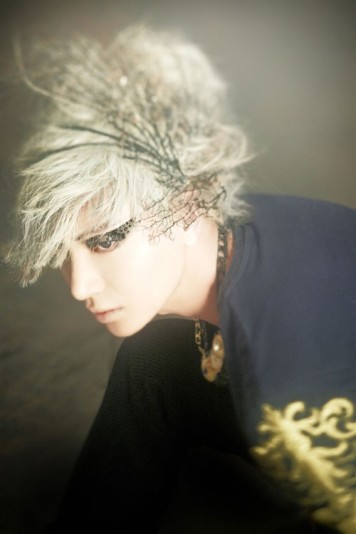 To be honest, I didn’t enjoy this album from beginning to end, there were some bumps along the way. What I disliked was the musical production on a few of the songs. Those were sounding misplaced, washed up, and whacky. Honesty is my best policy and I’m not going to lie and say Sexy, Free & Single was mind blowing when it most certainly was not. It was interesting but not exceptional. Allow me to give you a run down as to how the record left me with mixed feelings:

I love the track. The choreography is on point as well, but where’s the concept. If it’s about being those three words then why not emphasize it in a storyline. Okay, I’m not reviewing the video again. Sexy, Free & Single is catchy, spunky, addictive, and fierce. I see myself listening to it for days to come. The boys are indeed sexy; I love what I hear.

From U is a smooth dedication to their devoted fans, and devoted they truly are. I love the r&b soul influence in the sound. Production wise, its pure genius, vocal wise, their pitches are perfect and their swag is seductive. Another entertaining number.

==This is where it started to turn me off==

I tried to like Now, I really did but no matter how good they delivered it on the bridge, I couldn’t warm up to the track. The song’s a mix between rock and pop. The guitar riffs provided a fun and vibrant companion to the drum & bass, but the track just couldn’t keep my attention. This is not something I’d listen to more than once.

Rockstar depicted a more self-absorbed, hotter than the rest, ‘in love with themselves’ SuJu. Not really who they are, right? Anyways, it was kinda fun and interesting to listen to but throughout the track the music sounded a bit noisy in some parts and all over the place. Still, I could rock out to this in the club and the record started to re-boost itself after this track ended.

==Attempts to pick things up==

Gulliver creeped me out at the opening when their voices came in against the quiet, but this track is just as hot as Sexy, Free & Single. I could see them promoting it as a second single and the performances should be banging. That hook is hypnotic as is the beat; I love how the sound pulsates after the bridge and pumps back up toward the extreme end. Beautiful production if not the best. This turned out to be my favorite track on the album.

A pop ballad is always welcomed on any kpop album. And Someday was enchanting from start to finish. I love the sound of a sensual piano melody blending magically with passionate male vocalists who harmonize well together. That saxophone and vocal range during the break was remarkable. i gotta give it up to the main vocalists of this group. They bring it when it needs to be brought.

Bittersweet sounds like the theme song for a kdrama, lovely while the show lasts.  Don’t get me wrong, the song’s not bad, it just seems out of place. On top of that, I didn’t connect with the emotions they were trying to send across.

Butterfly had potential, but it didn’t achieve whatever it was they were trying to accomplish. I loved the music organization; that dubstep segment was cool but it barely lasts. The best part of the track was the repetition of “let it boom, let it bounce…” and that bridge. Otherwise, it sounded like the songwriter just tossed some stuff together, total incompletion.

I literally envisioned myself sitting in the studio with these guys while they were recording Daydream. This is the most beautiful r&b/pop/soul ballad on the album. Who was I kidding, this surpasses everything Someday stood to me. The track demonstrates the group’s ability to touch listeners on a deeper level than what their dance numbers could ever do. I heart Daydream and I’m thrilled it was included.

What better way to conclude an album than with a track called A Goodbye. I was disappointed at first to hear a ballad in closing, but that beat picking up was a pleasant surprise. But then I was a bit queasy with that lullaby segment, it sounded like they were putting babies to sleep. Okay, not cool. But with that aside, it was an alright-ish track. Could’ve been much better but for now its safe.

Overall, Sexy, Free & Single had my emotions up and down. One minute I was feeling the songs then I was left in the gully out of touch with what’s going on. I can’t say this was Super Junior’s best work to date, nor can I say they’ve improved from their previous because it just feels like a good comeback with their usual style.