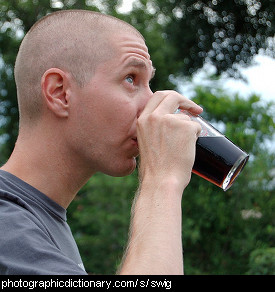 Thursday evening, I boarded the bus with no 'wahala' (problems) observed prior. The bus was packed, with all manner of beauty is in the eye of the beholder diversity. We were packed like sardines, so I was forced to sit in the back.Usually, my seat of preference is in the front, where I can sit and stare at cute bus drivers.

Nyhoo, sitting opposite me was a fairly young mamasita,  probably around 16 who was engrossed in a hearty text conversation with her ‘boo thang’. How do I know? I observed her body language every time an incoming text came through. Her body would tense up, and she’d unconsciously bite her lips as she read. That, I knew was not a text, asking about  the nature of assignment for math…..uh uh, her boo boo was whispering, errm texting sweet nothings!

After a while, the texts stopped and she then decided to fix her attention on the young man sitting adjacent to her.  From what I gathered, they went to the same school, and lived in the same hood-hence the familiarity with each other. The boy had a sarcastic tone to his speech, and it seemed he couldn’t be bothered with the young lady’s conversation. I was a bit taken aback, seeing as to how pretty and flirtatious the girl was. He just was not having it!

You are always drinking

My ears perked at that statement from miss thang. It didn’t make sense, as they were both underage. I thought I’d misheard. Tell you what, I hadn’t. Like oh mi gosh, fah realz-when I saw the young man take a little swig of  what seemed like a scotch bottle. Yo! He was swiggin’ on some hard liquor. Wow! I took a double look at him, and further observed that he had pants on the ground syndrome.

His eyes were bloodshot red, after, speech started to slur. By the time I realized it, I had to hop off-my stop! God bless his heart!

Today, I was sitted rather somberly waiting for the bus to take me to some Dominican spot, Kai and I frequent, when the unthinkable happened. The Lord decided to bless me with snowflakes to (i)cool off the heat, and (ii)brightened my day. I spotted this chic coming towards my direction, gave her a bright smile owing to our shared heritage, and proceeded to give her enough space to set her shopping bags. She was headed in the same direction as I.

A few minutes after she’d settled, this young boy with pants on the ground syndrome, passed us with his hands firmly holding his pants that were hitting his mid thigh level. His boxers were exposed and we could also see his unmentionable peeking-we both looked at each other smiled, and shook our heads.  These kids are on some other level, we both seemed to say. Since the bus was taking its sweet time, I decided to amuse myself, observing people and cracking jokes in my head.

For some reason, I turned my attention to my African sista whose hair which was weaved and gel’d up, became my muse for a comedy sketch. Oh my! What can I say. From a far, it looked great. But a close up showed, that my sista had snowflakes of dandruff  gracing her hair. Not to mention, the amount of grease, gel and what have you that went into making that style-pop the way it did, from a distance, i.e. I said a quick prayer for her, and truly hoped one day somebody would have a meaningful conversation about how that shit was not the shit, but was shit. Not a good look.

Happy Sunday’s! Jazz and JK-I finally made it!! lool—-> Enjoy!