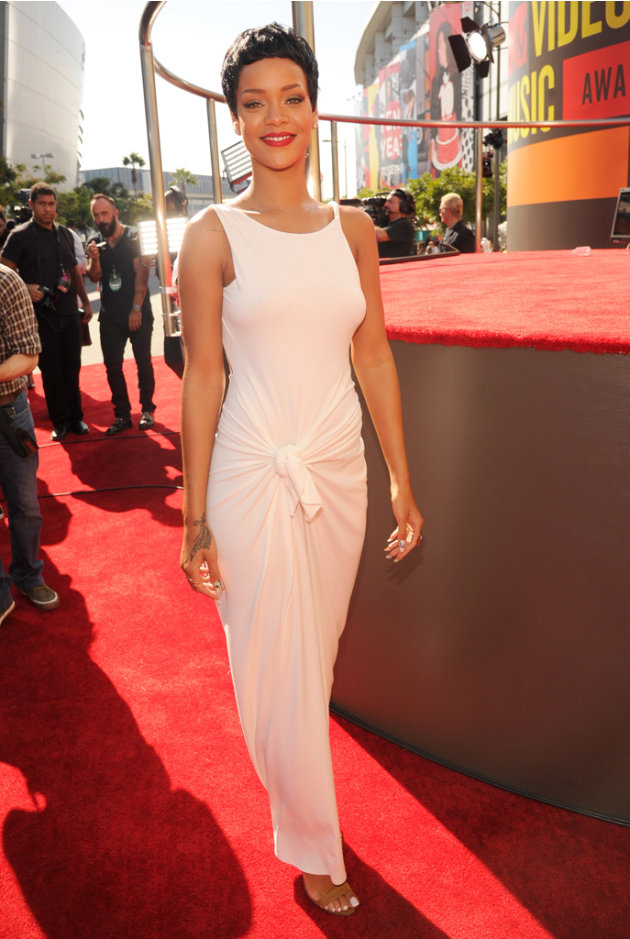 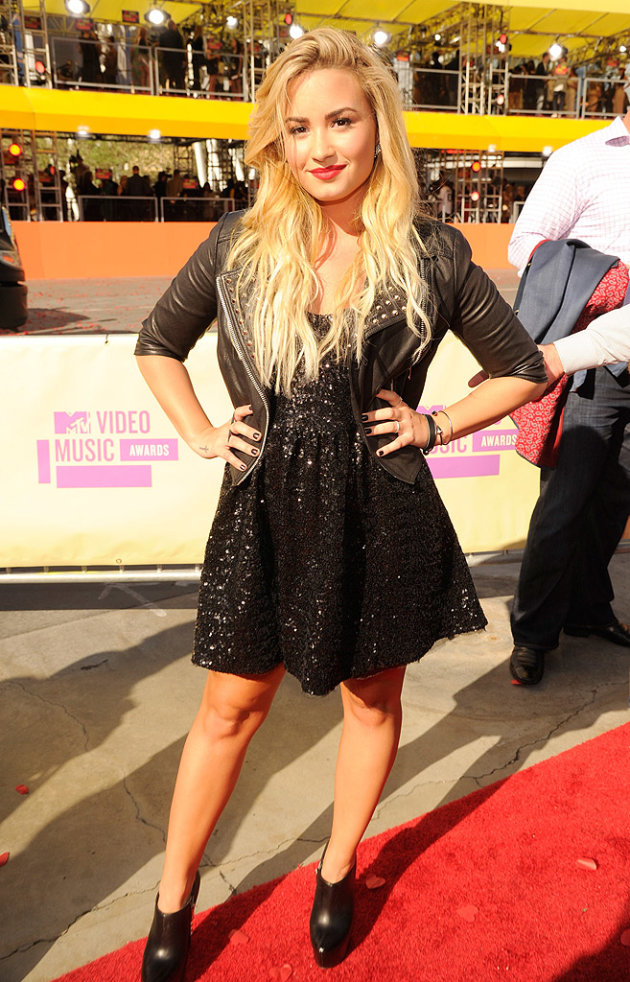 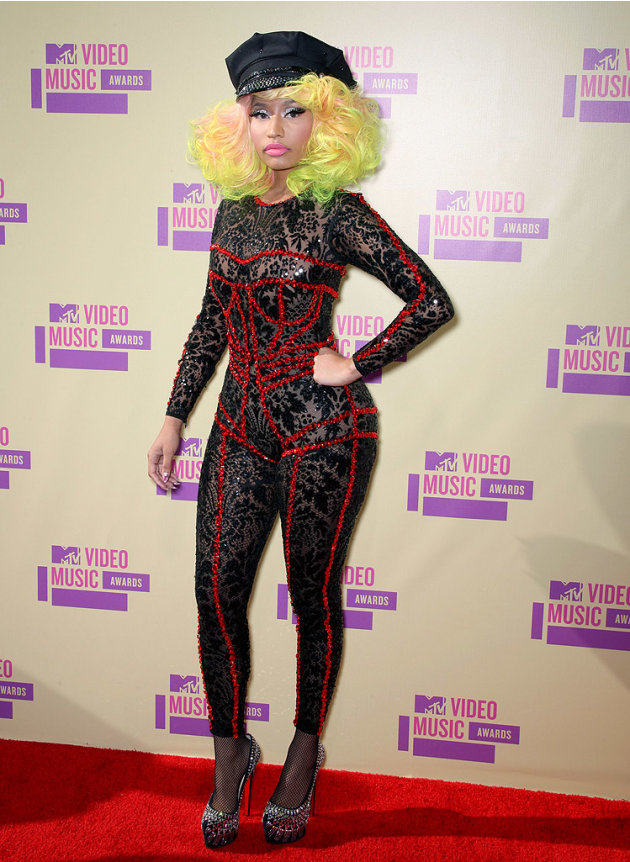 I always enjoy the VMAs, not just for the cool performances and voting on who I think should win, but I also like seeing the stars on the red carpet. And like any red carpet arrival, a celeb can either look hot, or like a hot mess. Check out some of the arrivals below and tell us who you think rocks and who didn't:

Miley Cyrus in a recycled Pink hair style and risque black dress. I like her clutch though.

P!nk and her man (husband?) Carey Hart. Both looking chic and put together. Hot couple!

Wow! Rihanna is looking normal (except for that hair) and nothing too provocative. Interesting. Maybe she got tired of flashing?

Demi Lovato rocked a nice 80’s inspired look. I like it.

Even this is a bit tamed for Nicki Minaj.

The boys of One Direction almost got a pass but there just had to be one bad apple (orange) to spoil the bunch, that’s if you can tolerate the tightness of their attire.

Alicia Keys’ dress looks as tired as her eyes. The Girl on Fire shows no spark. What happened?

What the hell is this? Fire the designer! For someone who has such a nice body Emma Watson should never ruin it by wearing crap. Don’t let me get started on the fella by her side. Dude looks like he was rejected from playing Captain Jack Sparrow but forgot that he was no longer auditioning for the character. Who is he anyways?

Ne-yo. And that’s all that matters.

Ladies and Gentlemen I give you Rita Ora, and that’s probably the only introduction she’ll receive for the remainder of her career if her team continues sleeping on her. Does anyone even know her songs? I don’t. Well, I do know she’s Rob Kardashian’s latest squeeze.

Am I the only one who thinks Pauly D is severely sexy without even trying? Even though that joke of a reality show has been cancelled, the $11 million a year for DJing along with his dough from MTV is sure to keep him looking fly for days to come.

Leave it to MTV to accommodate guests who have no relation whatsoever to entertainment. As much as i’m happy for them on their recent accomplishments, why are gymnasts at the VMAs? I don’t see a connection.

There can never be enough gold. Take it from 2 Chainz!

Zoe’s a beautiful woman but right now she looking like she just rolled out of bed and shaved a bird to accomplish that dress. Her hair is a good example of a hangover.

Aren’t they too old to be wearing their kids clothes?

Tygaaaaaa!! The fact that any grown man could find the nerve to dress like this just shows he hasn’t taken his meds this morning. Boo, please use that money to invest in a new stylist.

It’s not often I see RuPaul actually looking like a Paul, but looking at his feet tells me he’ll never completely leave that feminine side at home.

I’ve always liked wolves over vampires. And there’s something about Tyler Posey that makes me want to pull my hands through his messy hair and unleash the animal within…*composesself

If you were apart of a huge show and no one remembers your name then you obviously didn’t have a big enough part to make an impact. Sorry, but who did she play again?

Even the crazies attend award shows. Who the hell is this guy and why do I feel frightened?