his past Monday,  Kai and I were on the bus and witnessed the most fill in the blank shit ever, for lack of a better descriptor. Seated across from us was a lady whom, we are going to refer to as Megan.

Megan looked roughly around 34, could probably have been younger. But, from the looks of things, life had not dealt her the right cards to confirm my youngin suspicions. This was affirmed, by her phone conversation. Out of the blue, hell broke loose ya’ll-she started crying. If she were African, I tell ya, the bus driver would have definitely been forced to stop the bus. We wail like psycho’s! This is how we do it. Usually, the women or rather all the Ms. EY’s out there, begin by putting both of their hands on their hands, then they search within them to find the most gutteral wails that will have you thinking somebody done shot another! Oh how I’ve deviated, forgive me darlings.

That was my cue, to start my investigative eavesdropping job of bringing you juicy bus chronicles stories.  It was very difficult to make out what she was saying  as she basically hiccupped  the entire conversation. Apparently, she had been chilling with friends the previous night, when the inevitable happened.  I think they were playing poker, and also want to assume she did not have pockets, nor a purse, when her friend came up with the genius idea of helping her hold on to her $425 of rent money, payable the next day!

Guess what! PoofHe was gone with the wind shortly thereafter, and  all attempts of tracking him down had all but proven futile. Every time, she’d call him, once he had her voice, he hang up. That was what brought on the uncontrollable tears. What complicated the situation further was the fact that she lived with her aunt, who from what I gathered, was about her business in collecting rent money on time. Megan was at a loss of what to do, as she was certain her aunt was going to kick her out!

Desperately, she made calls to all the people she knew, to help her figure out this horrific situation. In the midst of all this, she took time to mull over loudly the fact that her baby’s father, was just like the friend, unreliable and untrustworthy, and that she always got herself into these kinds of situations. She trusted too much, and they in turn took advantage of her. Ya’ll it was sad!

But, it was the faces that she would that made me stifle laughter. 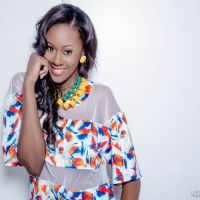