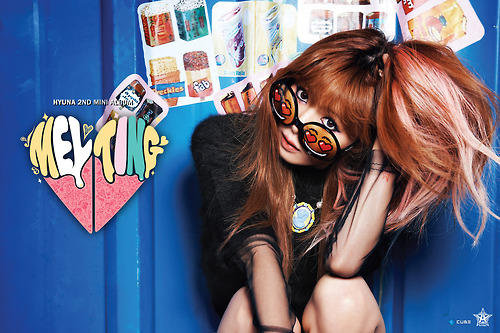 *Your purchase from these sites impact Kpop charts.

My opinion in regards to HyunA has always been mixed. The kpop idol can either be proclaimed as one of the fiercest and most versatile artist of our generation, or if you're more on the modest side of the fence you'll probably define her as a sex symbol trying too hard to be a tease. I for one have placed all personal feelings at the back of my mind to focus entirely on what she has to offer on her second EP. Because since her debut with 4Minute, Hyuna has always taken the sexy approach and shows no sign of slowing things down. If you disagree please refer to her latest mini album's title, confidently named 'Melting'. Pay no mind to all the suggestiveness because it is simply there for the shock factor.

Every single military influenced track I’ve heard have turned out to be really good songs, and Don’t Fall Apart is a terrific opener. The hip hop track has the potential to stand on its own as a single with its impressive dance elements and silky smooth rhymes. HyunA’s raps are intensified throughout the song, and in some areas the bubbly lady taps into her cute side. All in all, it’s well balanced and squeaky clean.

By the lead single you’re probably shaking your head, that’s if you’re tuning into the music video. And while Ice Cream is a bit sexified, the track has a hip hop fused pop beat farstretched from the usual dance themed songs in Kpop and mainstream music. It also serves up a deliciously playful and catchy hook complimenting her hypnotic raps. If you’re not too uneasy by HyunA’s overtly appeal, you’re bound to find yourself dancing and singing along.

HyunA toys with viewers as she seduces in a carefully done nude scene with her love interest, who’s face is kept hidden but his allegiance to the little miss is evident in the fake tattoo of her name across his back. I wouldn’t say Ice Cream came on too strongly on a nation enforcing modesty in the media, but it does give them something to ponder over. And whether Psy’s appearance in the video is to add a golden touch of some sort based on his sudden rise to global fame or because HyunA was featured on his Gangnam Style, I do not know. But seeing him lick that ice cream cone in front of her like that was somewhat…a turn off.

Unripe Apple has a bubblegum theme going on but its funky vibe and disco influences keep the track from coming off too cheesy. HyunA’s ability to switch from fierce and sexy to cute and fun is carried out flawlessly. I’ve never really been into these poppy poppy songs but that catchy hook had me grinning for no reason. So I guess its safe to say I liked the track, though its not as on fire as the previous two. The rap segment by Jung II Hoon didn’t appeal to me. He sounded a bit tough for the softened track. 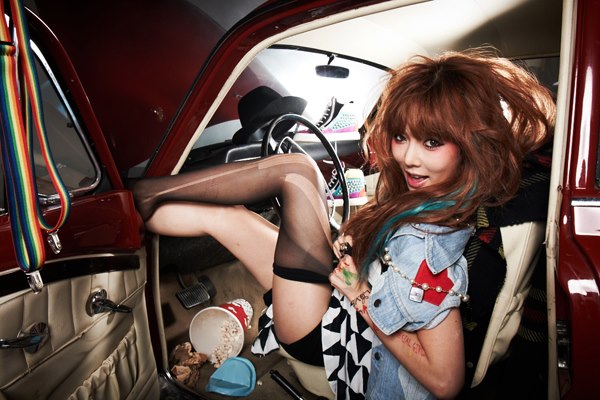 HyunA takes it down completely with the slow tempo r&b track To My Boyfriend. The artist’s vocals are on point and sounding emotionally charged against the sensuality of the instruments. In fact, I’d say she never sounded more mature in her ranges, and her capacity to bring a non-dance song to life so passionately is just mind blowing. This might be the slowest track on the record but it is the strongest, holding the highest worth based on vocals alone, an area where HyunA might have once been questionable to some. 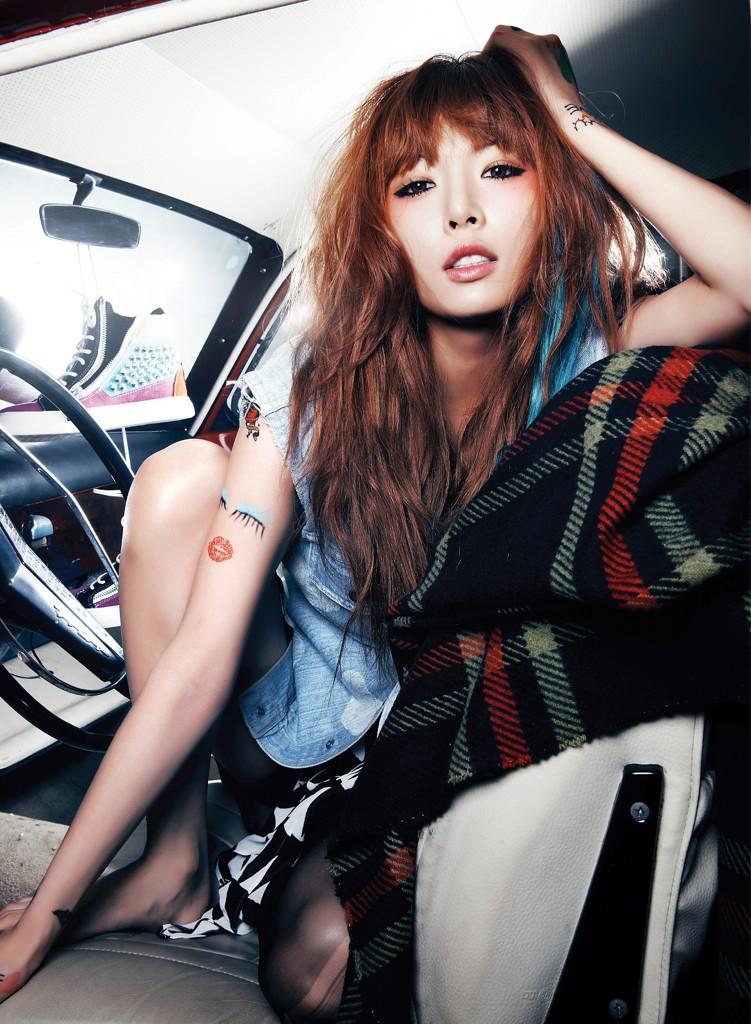 Very Hot, the fifth and final track on the EP, closes things off in a bang (and with a ban). HyunA’s raps start out low and smooth, elevates mid-stride and mesmerizes towards the end. The mid-tempo low bass and grimy hip hop track is perfect for the clubs but unacceptable for mainstream, according the media screeners. Honestly, I like the song and absolutely cannot find a single thing wrong with it, not that I’m looking for something to deem it disastrous. I guess the only thing is that it kinda reminds me a bit of GD’s One of a Kind. Other than that, it is pretty much ‘very hot’.

All five tracks stand strong on their own. The effort that went into this project is quite admirable. So, to say that this was a solid release would be fair. Melting does demonstrate growth in comparison to Bubble Pop! in terms of music production and vocals. HyunA has been more involved in this release as well, and that’s definitely going to appeal to her fans seeing as though she’s showing how unlimited her talents are. Writing and composition takes the artist away from being just a great performer; she’s experimenting with her artistry more and certainly ready to give us a ‘change’. With that said, I’d love to see less of the sexy concept and more of HyunA challenging herself. 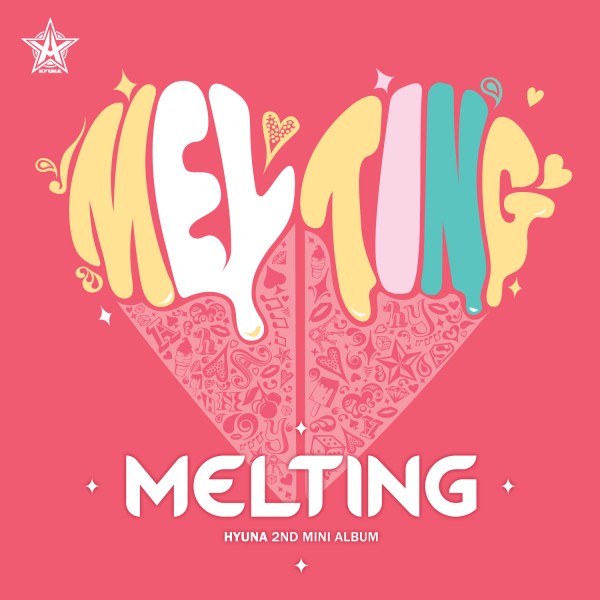 Win HyunA‘s latest mini album Melting along with a poster. All you have to do is: