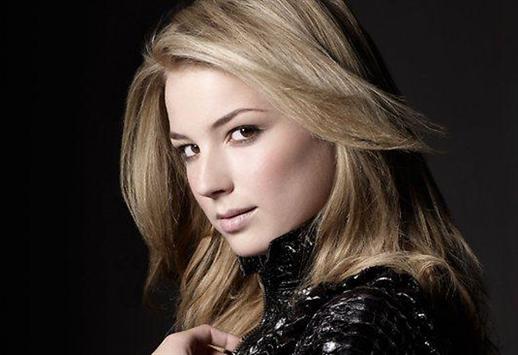 How nice! When I saw today’s daily prompt I just had to participate. And guess who I have joining me for an interview? Emily Thorne (you know, the delightful yet often vicious young woman seeking revenge on the unknowing Graysons and their counterparts).

Me: Hello Emily, what’s on the agenda today?

Emily: Oh, you’d have to wait for the big reveal at the end. I don’t want to spoil it.

Me: Well, let’s get into the juicier stuff then. Jack, Aiden or Daniel, who has your heart above the others?

Emily: My connection to Jack is endless. I will always care for him. And regardless of his Grayson traits and my ambition to lure him into destroying his own family, Daniel does have a tiny place in my heart. But Aiden definitely has a way with me and we have an intense connection because of our  similar fates. So, I’d say he’s winning right about now.

Me: Have you ever stopped to think that maybe you should let it all go and try to have some kind of a normal life, maybe with Aiden.

Emily: I don’t  think so. Like I said, Aiden is a great guy. But I can’t let my feelings for him stir me off track. They have to pay for what they did to my family. And I’ll never stop until they do. Besides, you can’t deny you’re not having fun watching me manipulate these people into unraveling the truth all on their own 🙂

Me: You scare me sometimes with your composed yet oh so mischievous way of talking.

Emily: Well, I can’t help that. I have to keep my composure. No need to showcase too much emotion and unveil myself.

Me: In regards to how you used Amanda or should I say the real Emily, Do you have any regrets?

Emily: I wouldn’t say I used her but her presence was very helpful. I needed an identity; a new start. She just happened to be in the right place and the right time.

Me: But what about lying about Jack not being the father? Even though you confessed later on, why did you do that?

Emily: I wanted to protect Jack. Amanda showing up caused a lot of trouble. By lying I thought she’d just disappear again and their relationship would end but that didn’t work. So, look at the bright side. I told her the truth and I vowed to keep her, the baby, and Jack safe. I’ve completely accepted them being a family. I even took on the role as Godmother.

Me: How nice of you. *sarcasticvoice*

Me: And how do you feel when people call you vengeful, fake, and heartless?

Emily: Don’t judge me. You can’t honestly say you wouldn’t do the same thing if everything and everyone you loved was taken from you the way they took my family from me. The Graysons and everyone else involve deserves all that’s coming. Nobody’s as innocent as they seem. Not even Amanda. She’s killed far more times than I have.

Me: So, when will this all end?

Emily: When I want it to. Just wait for it. I promise, you won’t be disappointed.

Me: Thanks for this brief interview. It was…interesting.

Me: Any final remarks before you go back to plotting?

Emily Thorne is the fictional character played by Emily Vancamp on the ABC hit series Revenge. In real life, Emily is just as athletic and poise as her character on the show but of course, she’s not out trying to get back at anyone. At least, I don’t think she is. Also, the guy who has her heart is in fact Josh Bowman who plays Daniel Grayon.

4 thoughts on “Daily Prompt: An Interview with Emily Thorne”