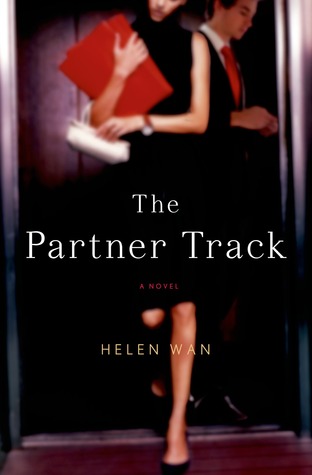 In the eyes of her corporate law firm, Ingrid Yung is a “two-fer.” As a Chinese-American woman about to be ushered into the elite rank of partner, she’s the face of Parsons Valentine & Hunt LLP’s recruiting brochures–their treasured “Golden Girl.” But behind the firm’s welcoming façade lies the scotch-sipping, cigar-smoking old-boy network that shuts out lawyers like Ingrid. To compensate, Ingrid gamely plays in the softball league, schmoozes in the corporate cafeteria, and puts in the billable hours—until a horrifically offensive performance at the law firm’s annual summer outing throws the carefully constructed image way out of equilibrium.Scrambling to do damage control, Parsons Valentine announces a new “Diversity Initiative” and commands a reluctant Ingrid to spearhead the effort, taking her priority away from the enormous deal that was to be the final step in securing partnership. For the first time, Ingrid finds herself at odds with her colleagues—including her handsome, golden-boy boyfriend—in a clash of class, race, and sexual politics.
*Received a copy from the publisher in exchange for my honest review.

The Partner Track is a realistic eye-opener, reminding us that racism and sexism still exists not only in the corporate world but in society overall. This was a wonderful debut from a talented author who is most certainly going far.
What I’m trying to convey here is that I liked the story. It was very well-written. I felt that Helen really captured the subject matter in such a way it made me understand the main character and how much she had to deal with to make a name for herself. There were moments I wanted to grab Ingrid and ask, “Why do you put up with this?” because I was getting emotional when she’d experience another situation that was dreadfully uncomfortable even more me. Aside from putting on a brave face everyday, being not only a woman in a male dominated world, but also being Asian, Ingrid was working so hard to make partnership in a far from appreciative law firm and I deeply felt hurt for her.
Throughout the story you get a sense of Ingrid wanting to be strong and not put up with nonsense. There were several moments where she’d question herself about making a stand and speaking out when she didn’t agree with things but yet, Ingrid would end up leaving it alone. I completely understood. After all, she was close to achieving a long-awaited goal and didn’t want to mess it up, especially after being given a greatly significant deal by her boss to handle with a not so capable Justin. She definitely didn’t want to ruin her chances of making partnership.
But after the grotesque event at the company outing, higher-ups wanting to cool the flames by bringing in an individual who wanted to certify how diverse the firm truly was, and then getting involved with the charismatic Murph, it seemed as if everything started to crumble down on Ingrid. And I must say I never considered Murph would do such a thing much less say the things he did. Then again, it was corporate world and not everyone is in your corner. Sadly, Ingrid had to deal with a hard blow to finally realize that not matter how hard she works, her capabilities will only go unnoticed and swept aside.
In terms of character depth, it was all there. Helen did a marvelous job in portraying an independent woman with a likable personality that worked tremendously hard. Like, I admired her as I read and wanted to persevere as much as Ingrid did, after everything she overcame. However, Helen also made it clear that Ingrid was in fact human and wasn’t some perfect goody-goody. Ingrid does have a flare when it all gets to be too much, but she’s also the first to admit that she doesn’t always do the right thing.
I really liked the ending; I liked how everything unfolded. I was rooting for Ingrid from the beginning so I was quite pleased with things worked out in her favor. Once again, the details were greatly elaborated. I felt as if I was working at a law firm along with the characters and I learned some things along the way. I must add though, that if the reader doesn’t have an open mind or is a bit sensitive then it might be a tricky book to get into. But in my opinion, it was really well done. I recommend! 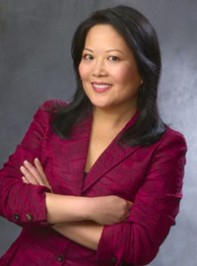 HELEN WAN is Associate General Counsel at the Time Inc. division of Time Warner Inc. Before that, she practiced corporate and media law at law firms in New York. Born in California and raised near Washington, D.C., Wan is a graduate of Amherst College and the University of Virginia School of Law. Her essays and reviews of fiction have been published in “The Washington Post” and elsewhere. She lives in Fort Greene, Brooklyn, with her husband and son.
www.helenwan.com | twitter.com/HelenWan1
Review by Shane @ Itching for Books