Toni Braxton and Kenny ‘Babyface’ Edmonds joining musical forces to create an album, is a dream come true for most fans, including moi. I love their voices and have been longing for their reunion. Whether it be Babyface writing for her again, or doing a duet, recording a collaborative album is even better. I smell hit on every single track. No fillers. Only breathtaking, meaningful, and timeless music that is expected of two very soulful singers.

The moment Roller Coaster kicked in, my emotions were all over the place. There’s something very intense about this song that trickles down my spine and have my heart pumping. It’s difficult to put into words just how moving this song is. I love the harmonies, love how well they flow together. Neither is overpowering the other and that’s what makes a duet effortless. I think it’s a great decision to put Roller Coaster as the album opener because it emphasizes on the focus of where the journey leads, starting with how complicated love can be at times and you wonder what happens next.

And of course, it’s time to Sweat. The transition is brilliant because it’s realistic. Couples often makeup after an argument by releasing their tension in the bedroom. He drives her crazy. She drives him crazy. So why not let it out in the sheets? Kudos to the artists for keeping the mood passionate and burning up with sensuality.

When Hurt was released as the first single, I was in a frenzy. It’s such a powerful song and I’m beyond addicted to it. The honesty in the words really grabs your attention because once again, it’s all relatable. People cheat, people hurt each other, and when we break up, we miss each other and sometimes want to rekindle the relationship. Seriously, I haven’t heard substantial music like this since the year started and I strongly feel this album will outdo all the rest in terms of epic versus generic.

Babyface on an acoustic guitar always melts my heart. I drown myself in any song encapsulated by such emotional strings and Where Did We Go Wrong? is no exception.  I envision Toni walking alone on a sad, rainy day, shielding herself from the heavy downpour with her umbrella, but towards the end of the song she tosses it away and simply continues on her way getting drenched in the rain. Then there’s Babyface, sitting on the couch in his apartment, staring into nothingness while he plays his guitar. That’s the image this song brings forth when I listen to it. It’s sad, yet I can’t not listen to their story and sympathize.

I Hope That You’re Okay continues the marvelous transition on this album. It’s literally saying even though the relationship has ended, they both hope for the best for each other. A beautiful way to make peace when you go your separate ways. Not all relationships end on such a mutual way. Some battle until the end and simply leave hating the other, while this song focuses on keeping it calm because they’ve come to the understanding that the love isn’t there anymore so let’s wish the other well and move on with their lives. I like that its groovy and more uptempo, the beat compliments the message. And while it’s a Babyface number, giving the male point of view only, the next track makes up for Toni’s absence, and it’s not exactly as peaceful as his. 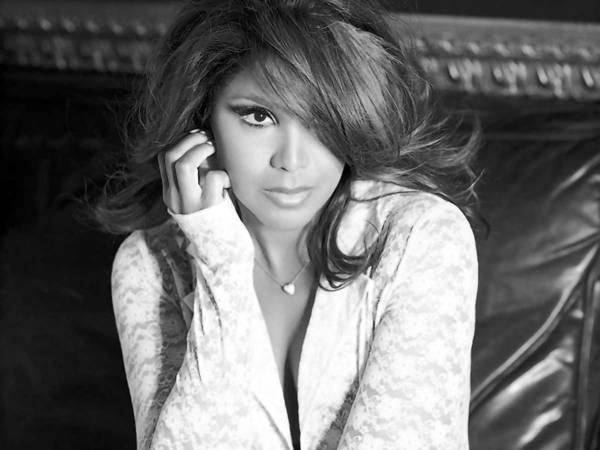 I Wish is a piano-driven, straight from the heart, raw honesty from a woman that’s hurt. We all get that way when we’re angry and heartbroken. We want the one that caused us pain to suffer the same, but we never really mean it, do we? Because even amid the crying and cursing, there’s still love. And we always end up remembering the love we once felt for them before it all ended. The track following is a perfect example of that.

Oh man do I love Take it Back. The song creates such a groovy, island style kind of atmosphere. It’s all about love and reconnecting. After all the fighting and hurting each other, they’re willing to go back to the start; find a way to bring the love and desire back to their relationship. The guitar riffs and harmonizing breakdown mesmerized me even more. I love the overall production of the song. It’s pure genius, as is it is with the previous tracks.

And now that they’re Reunited, how will the relationship work this time? No one knows, because they’re taking it one step at a time, still continuing to hold on to love. Again, the tracks are aligned perfectly on the album, playing off each other like a story. That only makes everything work well.

Toni goes solo again on I’d Rather Be Broke because once again, the fighting has started, and the relationship is going downhill. This song is dazzling; intense, gritty, but dazzling because it plays off the heart and experiences. If I Wish had you thinking extreme, I’d Rather Be Broke is part two of that.

Heart Attack has so much energy. It’s like a mix between 70’s and 80’s dance elements. I see them in the club teasing, tempting each other. Another masterpiece.

The album concludes with The D Word. We all know what that means; it’s over, no more back and forth, the relationship is over. finito. Still, they’ll always miss and care for each other. Feelings never just disappear, it stays with you for all time, hitting you when you least expect it to, or when you’re curled up like a ball in your bed alone, realizing there’s no one lying next to you. Loving the latin rudiments combined with jazz and of course that urban r&b sound. This song is my third favorite, following Hurt and Roller Coaster. There’s something about it that reaches my soul. It makes me feel things I can’t force away. I’m hooked on the music, lyrics, and their beautiful voices wrapped magically together.

Wow! I had to catch my breath after that one. What else can I say except for I strongly recommend Love, Marriage & Divorce to anyone looking for music that not only makes sense, but you can relate to every single track. You’ll literally feel like you’re re-living your past and current experiences throughout and I dare you to name one album aside from this one that let’s you connect with it in such a way. Do I hear crickets? I’m still waiting. Can’t think of any? It’s simple, get a copy of Love, Marriage & Divorce today!

*This review does not reflect the opinion of EY as a whole.