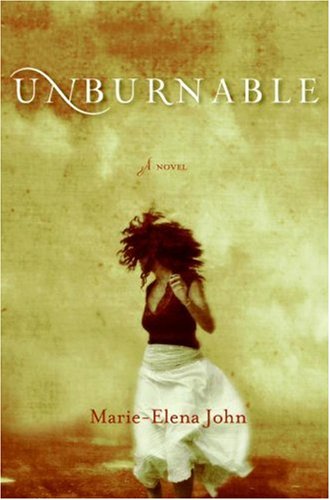 In this riveting narrative of family, betrayal, vengeance, and murder, Lillian Baptiste is willed back to her island home of Dominica to finally settle her past. Haunted by scandal and secrets, Lillian left Dominica when she was fourteen after discovering she was the daughter of Iris, the half-crazy woman whose life was told of in chanté mas songs sung during Carnival: “Matilda Swinging” and “Bottle of Coke”; songs about the village on a mountaintop and bones and bodies: songs about flying masquerades and a man who dropped dead. Lillian knew the songs well. And now she knows these songs—and thus the history—belong to her. After twenty years away, Lillian returns to face the demons of her past, and with the help of Teddy, the man she refused to love, she will find a way to heal. 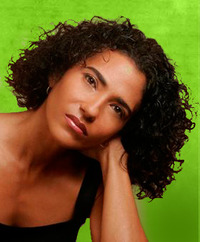 Marie-Elena John is a Caribbean writer.

She was born and raised in Antigua and is a former development specialist of the African Development Foundation, the World Council of Churches’ Program to Combat Racism, and Global Rights (formerly the International Human Rights Law Group), where she worked in support of the pro-democracy movement in Nigeria and in the Democratic Republic of Congo. She is known especially for her work in the United Nations and at local and national levels to raise awareness about the denial of inheritance rights to women.

Marie-Elena John made history in 1986 as the first Black woman valedictorian of New York’s City College (CCNY). She later earned a Masters of International Affairs from Columbia University, specializing in culture and development in Africa. She lives in Antigua and Washington, D.C with her husband, and their two children.

Her literary debut, Unburnable, was named “Best Debut of 2006” by Black Issues Book Review, was short-listed for the 2007 Hurston-Wright Legacy Awards in the Debut Fiction Category, was nominated for the 2008 International IMPAC DUBLIN Award, and was identified by the Modern Language Association as a new title of note in Caribbean literature.

She was also selected by Book Expo America as one of ten “emerging voices” for 2006, chosen from among the debut novelists reviewed by Publishers Weekly for the 2005-2006 period.