Dubrovnik, Croatia… Sounds exotic, doesn’t it? This ancient city represents the best aspects of Eastern Europe as a bustling modern metropolis interspersed with quaint throwbacks to a way of life that is now buried in the past elsewhere on the planet. Dubrovnik’s complex city wall is especially spellbinding, as a result of which it has been designated a UNESCO World Heritage site. Inside the city walls you will find an intriguing array of attractions including world class art galleries, restaurants serving delectable cuisine choices, and a heaving nightlife.
If you are visiting Dubrovnik, here are highlights you must put on top of your “Must See” list:

As intimated above, Dubrovnik’s city walls are among the most well preserved in the world. The walls were built up over hundreds of years in medieval times as the resident Croats sought protection from persistent attacks by hostile kingdoms in the hinterland, not least of whom were the Ottoman Turks.
The fact that in places the walls are up to six meters thick on the land side goes to show how robust the city defenses were. In actual fact, no armies ever breached the walls and the only time the city state of Dubrovnik fell into enemy hands was when Napoleon’s armies were invited on condition that they would respect the republic’s independence status.

The cable car service offers visitors the perfect opportunity to view the old city from a panoramic viewpoint. The cable car’s upper station has two open terraces equipped with binocular telescopes from which you can take in all there is to see of the old city’s well preserved architecture. Enjoy a great meal at the cable car station’s restaurant and immortalize your visit with a selection of trinkets from the souvenirs shop. 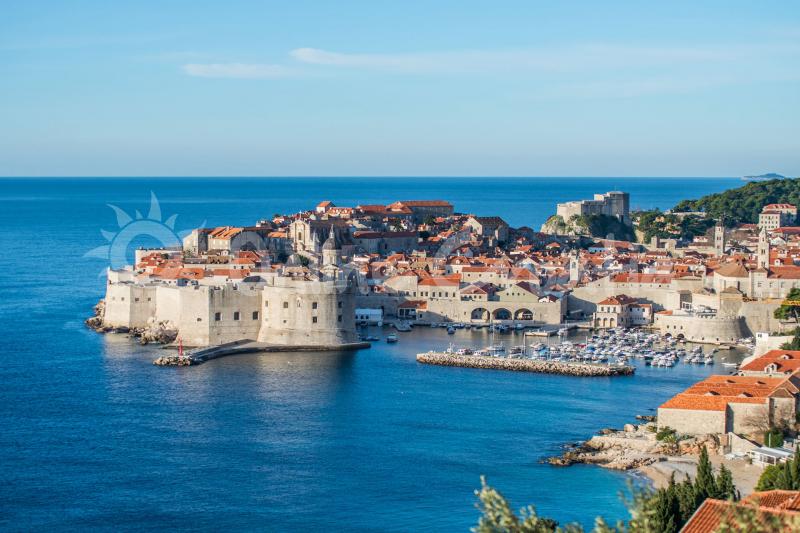 3.5 kilometers from Dubrovnik’s old city, you will find the Lapad Beaches, a collection of pristine sandy beaches. The beaches are ringed and served by dozens of apartments, hotels and restaurants. You can barely find more welcome places to sunbathe in the summer throughout Eastern Europe. Banje Beach is a pebble beach also located close to the old city. You can either chose to relax in the lively public section of the beach or pay an entrance fee to while away the time in the beach’s concessioned section.

Dubrovnic boasts of well over a dozen museums, each of which pays homage to the city’s rich history and cultural heritage. Visit the Bukovac House in the Cavtat area and enjoy the works of some of the most famous contemporary Croatian painters. The Synagogue and Jewish Museum on Zudioska 5 is said to be the second oldest synagogue still in operation today in the entire continent of Europe.

The city of Dubrovnik boasts of dozens of magnificent churches and cathedrals well preserved since the antiquity. The Franciscan Monastery on Placa 2 is especially remarkable. The monastery features beautiful architecture including a Baroque Church which houses a Romanesque cloister and the third oldest pharmacy in the world. Other churches worth visiting include the Church of St. Ignatius as well as the Serbian Orthodox Church.