Hotly tipped R&B artist RAY BLK is set to play her first shows in North America this month, kicking off June 9th in San Francisco. The five-date headline tour features stops in Los Angeles, Washington, DC, Toronto and New York City. While on the road, RAY BLK will be playing from her 7-track mini album, DURT, a dynamic body of work released last year including her personal ode to life in South London, “My Hood” featuring British grime MC Stormzy. Other stand outs from the collection include “Chill Out,” a collaboration with UK producer/songwriter SG Lewis premiered by Zane Lowe on his Beats 1 show, “Gone” featuring Wretch 32 and of course her breakthrough smash, “50/50.” Also sure to be on the setlist, “Patience (Freestyle)”which dropped earlier this year to rave reviews, with Complex hailing it as “understated and relatable.”

Delivering the brash honesty of rap music, with her unique blend of soul and R&B spirit, Ray BLK weaves between genre boundaries borrowing the elements she requires to reach her goals. “I feel proud when my music connects with people,” says the 23-year-old. Born Rita Ekwere in Nigeria and raised in South London, Ray (The name BLK serves as a constant reminder of her values: Building Living Knowing.) started writing down song lyrics at the age of ten, filling her school notebooks with verses and choruses. By the age of sixteen, she’d started recording rough demos and during her final year of university, she was ready to unleash her many talents into the world.

Lyrically, Ray’s music is very candid; she isn’t trying to gloss over situations and paint her life as a fairytale. “I say it how it is,” Ray admits. “The music that I love is the stuff that gives it to you raw. Then you can really connect with it. I listen predominantly to rap music, which is like that all the time, so I think the influences come from there. It’s important to stand for something, to have my music stand for something,” says Ray. “So these are things that are really important to me.”

At the end of 2015 Ray released ‘50/50’ a track that would open up a new chapter in her career. Originally premiering on I-D Magazine with a visual depicting BLK and her all-girl mob hanging out in her native Catford, from the streets to the salon, as she tells the tale of a rocky relationship with a drug dealer with commitment issues. The Aston Rudi-produced track would snowball in popularity, securing A-List spots with 1Xtra and Rinse FM, record of the week from Huw Stephens, spins from Annie Mac,Julie Adenuga and Toddla T as well as the support of media platforms such as Complex, Noisey,HypeTrak and MTV.

Recently Ray BLK was named as the winner of the BBC Music Sound of 2017, nominated as Best Newcomer on last year’s MOBO Awards, and featured on MTV’s Brand New for 2017 annual list. No doubt about it, RAY BLK’s momentum is heating up and with this upcoming tour, she’s quickly solidifying her place as an artist to watch in 2017. 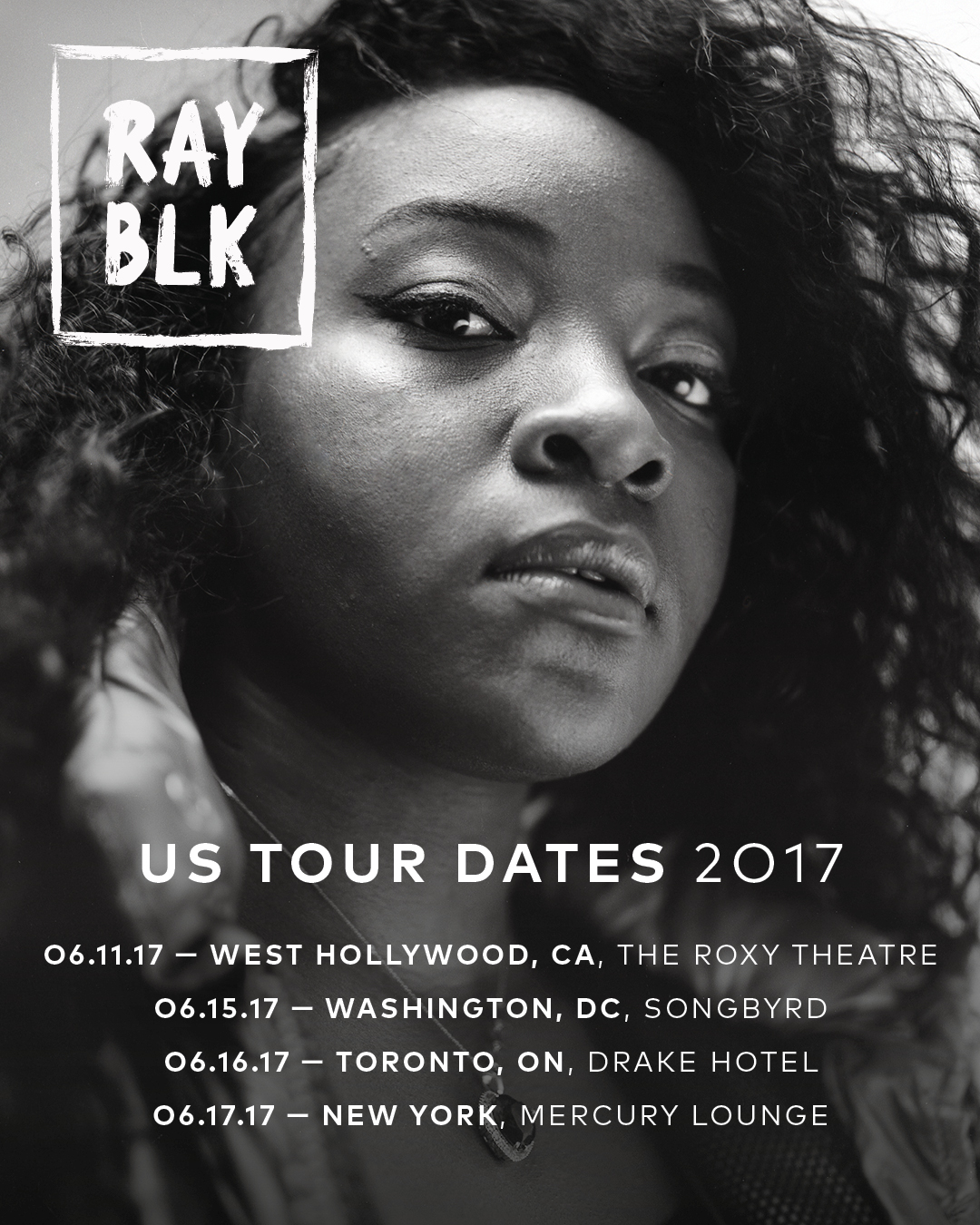