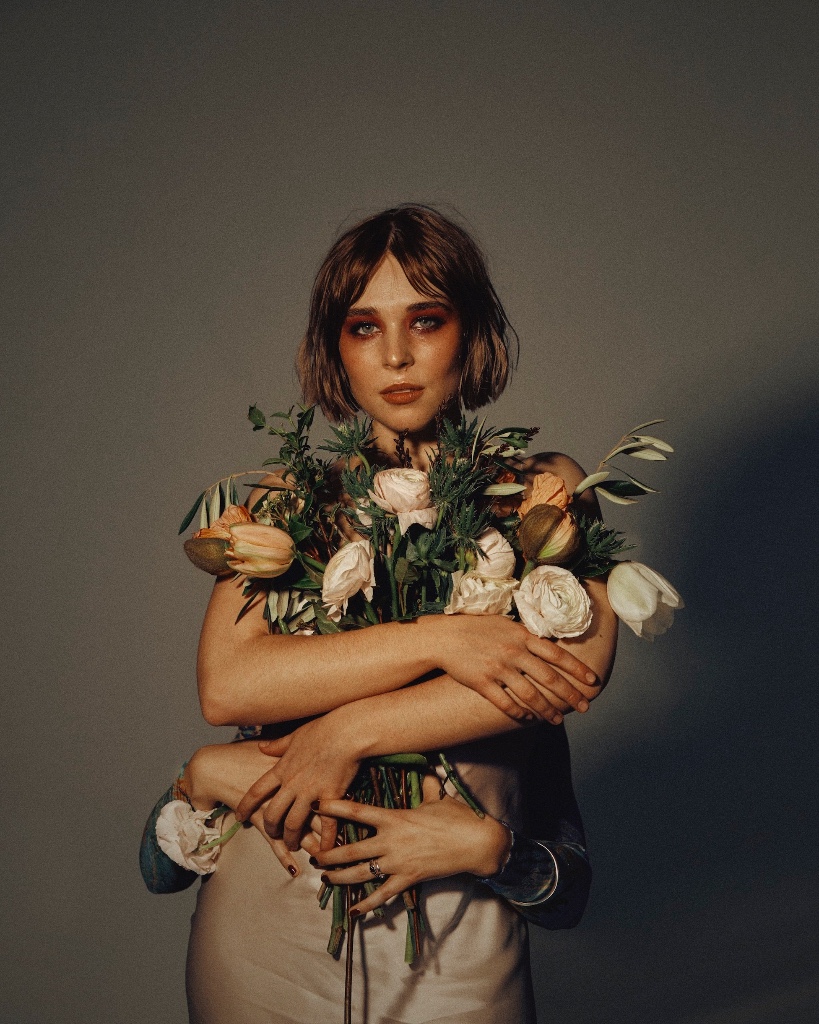 Swedish artist GRANT releases her debut album In Bloom, which The Line Of Best Fit hailed as a “cohesive pop record on which every track feels like a tiny revelation.” She has also unveiled a stunningly cinematic behind-the-scenes video of the album’s lead single, the sweeping sonic gem “Catcher In The Rye.” The video, which premiered on Billboard, was filmed in one take at Stockholm’s iconic Ingrid Studio co-owned by Björn Yttling (of Peter Bjorn & John) from which classic albums from the likes of Lykke Li and Franz Ferdinand were born.

Listen to the album now > SPOTIFY

Check out the video below:

GRANT’s debut album, In Bloom was produced by Peter Kvint, with additional production from Johan T Karlsson and recorded in GRANT’s home base of Stockholm. Featuring her debut single “Waterline,” which arrived last fall and quickly earned acclaim for its elegant intensity and candid depiction of choosing survival over suicide. “When I wrote that song I’d been feeling bad for a long time, and I realized I had to make a choice,” says GRANT. “I decided that even though I was probably going to feel bad many more times in my life, I wasn’t going to let it drown me—I was going to choose to live.”

Each song is rooted in raw emotion, as the album demonstrates a poet’s attention to detail and knack for unexpected turn-of-phrase, whether the mood is ecstatic or stormy, outrageous or fragile, GRANT endlessly proves her skill at sculpting melodies and lyrics as exquisite as a tune from some centuries-old music box.

Standout tracks include album opener “Lighthouse,” which envelops the listener in a cacophony of bombastic horns and slinky grooves, while “Gone” is more darkly charged, infusing spaghetti-western guitar tones which give the song a certain bluesy ferocity. The very timely “Gravity’s Rainbow” was written shortly after the recent incendiary U.S. presidential election, beginning in torchy despair before building into a beautifully defiant musical epic. The synth-laced “Body Electric,” an ode to self-love and body acceptance, instantly hooks you in with its schoolgirl sing-song and sampled fireworks. “With ‘Body Electric,’ I was interested in the idea of discovering my sexuality and pleasing myself, but in a way that was playful,” she says. “It also came from trying to get myself to like my body—trying to make the song sound beautiful, so that I could feel beautiful.”

The end result is a soul-baring and exquisite 10-song collection which firmly position GRANT as one of the most exciting new artists to emerge in 2018. Speaking about her writing process, GRANT says she prefers to do it alone. “I could never write lyrics in a session,” she divulges. “I’m usually at home in my tub where I can’t run away. It’s mostly about trying to find the feeling that’s standing out the strongest in the middle of the emotional hurricane.” Despite the solitude of her songwriting process, each song on In Bloom is undeniably outward-reaching in its purpose. “I love how writing music lets you go deeper into yourself,” says GRANT. “It’s like being your own psychiatrist or writing a diary for everyone to read. I’d love for people to listen to this album and know that they can feel lots of emotions and not worry about being ‘too much.’ I’d love for them to feel some power in that.”