With her upcoming tour with British pop trio Years & Years just two weeks away, rising artist CYN has released her latest single, a poignant pop ballad called “I’ll Still Have Me.” The new song is paired with a touching and heartfelt music video that sees CYN performing to a community center of seniors. Described as “sweet” and poignant” by ELLE Magazine,who debuted the video today, the moving video was beautifully directed by Ben Richardson (Director of Photography on: Beasts of The Southern Wild, The Fault In Our Stars, Wind River), and is book-ended by emotional clips of the seniors reminiscing on their first loves. Watch below. Stream > Apple Music | iTunes | Spotify | Google Play | Amazon

Speaking about the inspiration behind the song, CYN explains; “After realizing a break up was imminent, I wrote this song to convince myself that everything would be fine. Focusing on who I am and where I’m headed made me feel less empty and more like I would make it through this heartbreak— finding sanctuary in myself was my safest bet and sturdiest lean upon.”

Next month, CYN will embark on a 19-city North American Tour with acclaimed British trio, Years & Years. The Palo Santo Tour kicks off October 5, and sees CYN joining frontman Olly Alexander and his band mates Mikey Goldsworthy and Emre Turkmen in Toronto, Ontario before making their way across the east-coast, mid-west, and south, then winding up on the west coast and concluding in Seattle on October 30. 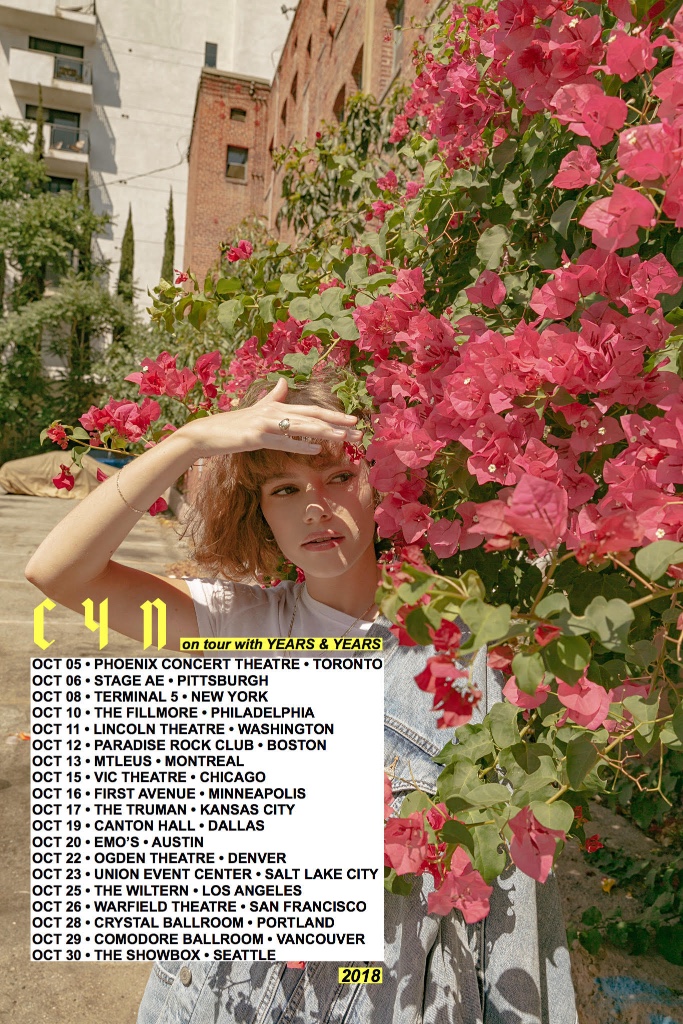