Verve Records, Spotify and Electric Lady Studios are pleased to announce the release of musician Jon Batiste’s EP Live at Electric Lady, the first release in the new series announced last week by Spotify and the famous New York studio. Listen now: https://spotify.link/batistelael  Batiste put together a stellar roster of musicians including jazz legends Ron Carter, Gary Bartz and Kenny Garett to put an unexpected spin on tracks from his … END_OF_DOCUMENT_TOKEN_TO_BE_REPLACED

Pianist, bandleader, vocalist and New Orleans musical royalty Jon Batiste is set to release Hollywood Africans, his first solo album and first studio album on a major record label via Verve Records on September 28, 2018. “Don’t Stop” is the first track from the forthcoming album and it’s out now. Listen below: Recorded in a church-turned-studio in New Orleans and produced by T Bone Burnett, Jon Batiste’s … END_OF_DOCUMENT_TOKEN_TO_BE_REPLACED

Black Panda PR – FIERY BLUESY-POP SONGSTRESS KELLY PAIGE RELEASES OFFICIAL LYRIC VIDEO FOR FEM-POWER ANTHEM “GET YOU DOWN“ Today, blues-pop dynamo, Kelly Paige, releases the official music and lyric video for her latest single, “Get You Down.” Of the video, Paige explains, “The idea was to take this message of female empowerment and apply it to more than just women. I wanted to use old commercials and ads that were … END_OF_DOCUMENT_TOKEN_TO_BE_REPLACED

If you’re looking for music that’s different, not in  the least bit generic and enforces you to listen to the words and think, then Ben Fields is the artist for you. His debut album, Extraordinary Light, features acclaimed songwriters and producers bringing forth a mixture of sound that stems from bluesy melodies to soulful renditions. You can’t help flash back to the musical styling of The … END_OF_DOCUMENT_TOKEN_TO_BE_REPLACED

Are you in the mood for some good ol country music mixed with a modern funky vibe and sweet melodies? Then this album is definitely for you. I’ve glimpsed Little Big Town online one time too many and have even promised to check out their songs but never got around to doing so. Interestingly enough, a Tornado was all it took to get my attention. I rely heavily on first impressions; if I’m not intrigued from the very first listen, whether or not I played samples or the songs in full, I’ll pass on doing a review. But after listening to the opening track I just had to dive into the rest. END_OF_DOCUMENT_TOKEN_TO_BE_REPLACED

This past Monday,  Kai and I were on the bus and witnessed the most fill in the blank shit ever, for lack of a better descriptor. Seated across from us was a lady whom, we are going to refer to as Megan. Megan looked roughly around 34, could probably have been younger. But, from the looks of things, life had not dealt her the right … END_OF_DOCUMENT_TOKEN_TO_BE_REPLACED

I’m in love with Florence + the Machine‘s “Ceremonials” album and I believe the music is absolutely outdid their first album, not to mention this song “Never let Me Go” is enjoyable, but the music video kinda creeped me out a bit. Please watch and tell me what you think. END_OF_DOCUMENT_TOKEN_TO_BE_REPLACED

Just a awesome look back at an interview with the down-to-earth and talented Alyssa Simmons. Check it out and be sure to subscribe to our YouTube channel as well as Alyssa’s.

END_OF_DOCUMENT_TOKEN_TO_BE_REPLACED

Have you heard Jack White‘s newest single “Love Interruption?” I have and I actually like it. Blues was never really my cup of tea but I definitely appreciate the genre for the great musicians it produced throughout history. This song is Jack’s first attempt at a solo career since the disbandment of The White Stripes, which he formed along with his ex-wife Meg White. I’ve always found that little detail very interesting. Anyways, “Love Interruption” is a bluesy track about being completely distorted by the strong emotion to a point where everything, even the not so good, feels right. The single features the soulful lady Ruby Amanfu and will be included on Jack’s debut album “Blunderbuss” in stores and online April 23, 2012. Check out the video and express yourselves: END_OF_DOCUMENT_TOKEN_TO_BE_REPLACED

The name Alyssa Simmons should certainly be embedded into the hearts and minds of music lovers everywhere, that’s if you’re interested in hearing good music from a truly talented performer. The down-to-earth singer/songwriter spared some time to film a video response to our questions and she definitely provided us with some interesting answers. Check it out below and make sure to subscribe to our YouTube channel as well as Alyssa’s.  END_OF_DOCUMENT_TOKEN_TO_BE_REPLACED

Who is Meklit Hadero? She’s a stunning beauty, a lover of the arts, a songwriter, and a soulful singer. This talented lady is widely influenced by jazz, hip hop, soul, r&b, folk music, to the traditional sounds from her East African home of Ethiopia. Her unique musical style has no limits. Meklit continues to evolve as an artist taking inspiration from any and everything. END_OF_DOCUMENT_TOKEN_TO_BE_REPLACED

Jill Scott is a rare artist within the entertainment industry. She’s a Grammy winning singer, songwriter, actress, and poet. Jill has been performing alongside music greats before branching out on her own and has since established herself as a legend in her own rite. Her fourth studio album, “The Light of the Sun”, is a representation of Jill being completely in charge of her career and life, as well as a depiction of the problems she has faced and overcome.  In my true opinion, this new album is somewhat of a departure from the old self and finding a new. And with a thorough evaluation of each track I hope to clearly explain the story being told.  END_OF_DOCUMENT_TOKEN_TO_BE_REPLACED

Ledisi has come a long way in deed. From her 2007 breakthrough “Lost & Found“, to the funky “Turn Me Loose” released in 2009, this Grammy nominated artist has certainly proven that she has a lot to offer. This summer, she’ll be “bringing forth” a piece of herself in the highly anticipated 6th studio album “Pieces of Me”, a record that depicts the creative growth of the artist over the years. The album is being held as the “shining moment” in Ledisi’s career and with each track I can understand why. Her voice is as powerful as ever in delivering soulful r&b numbers that tastes like droplets of honey in your mouth. There’s no way you can get away once Ledisi takes a hold of your heart.  END_OF_DOCUMENT_TOKEN_TO_BE_REPLACED

Christina Perri has kept us tuned in since releasing the emotional “Jar of Hearts“. Her voice is one of a kind; a singer that draws you into her music and leaves you breathless. Whenever I listen to her songs I don’t know whether to cry from all the passion that immediately resonates my body, or smile from the harmony that entertains me. Christina is a talented performer and I’m happy she’s graced the music industry with her skills. Her debut album “lovestrong.” provides the soundtrack of a woman who has experienced love and heartache. It’s one of those records you can sit back and enjoy while being captivated by the sound of her heartfelt melodies. And now at this moment I ask you to bear with me as I try my very best in providing you with this review as to why “lovestrong.” is truly amazing.

END_OF_DOCUMENT_TOKEN_TO_BE_REPLACED

R&B singer and songwriter Raphael Saadiq is taking us back to basics and continuing his intention on reviving classic soul music in his latest studio album “Stone Rollin“. Like its predecessor, “Stone Rollin” contains Motown-inspired music influenced by 1960’s blues, funk, r&b, and rock & roll. From beginning to end listeners are swept away into an era where music was once raw, soulful, and passionate. On his creative intentions, Saadiq stated that he has never shut his ears to anything, and that he’s always open to experimenting with different instruments and trying to understand what makes them work in a song. You can definitely tell he has worked extremely hard on “Stone Rollin” in trying to convey the feelings of each track using different instruments. I think that is partly why this album grabbed my attention and mostly because of the cute cover art. Thank you, Raphael for bringing us this kind of soul shaking music.

END_OF_DOCUMENT_TOKEN_TO_BE_REPLACED

I don’t know if I should feel depressed or happy after watching Christina Perri‘s latest music video for “Arms“. I mean the song is about love, but it still has a sad feel to it and I think it’s because she still has me trapped in her “Jar of Hearts“. From the first single I picked up the concept of sadness in her music so it’s like I’m expecting that trend in whatever else she releases. And her grey themed music videos is not helping. However, I do like the song and “Arms” is in fact about being in love and completed by your beloved. She’s a passionate singer and I suggest you purchase her debut album “lovestrong.” Watch the video below and tell us what you think. END_OF_DOCUMENT_TOKEN_TO_BE_REPLACED 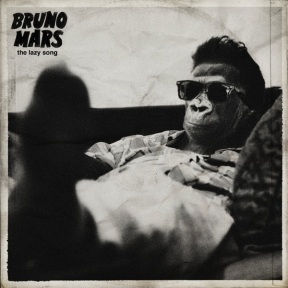 Multi-talented singer and songwriter Bruno Mars has released the music video for his latest single “The Lazy Song“. The video is rather simple and looks homemade, but I like it. It’s so silly and enjoyable to watch. Definitely lived up to the lyrics of the song, and Bruno’s haircut is so 50s as usual. Anyways, check it out below and purchase the single on iTunes.  END_OF_DOCUMENT_TOKEN_TO_BE_REPLACED

Japanese indie/retro/blues/rock artist Superfly has released the music video for “Beep!!“, and I wanted to post it here and give details about the new music from this talented artist.

“Beep!!” is Superfly’s 12th single overall, and will be released as a double A-side called “Beep!!/Sunshine Sunshine” on March 3rd. The song is a groovy retro rock track that makes you feel like dancing. I love Shiho’s vocals. She’s a powerful singer and talented songwriter. Watch the artistic music video below and tell us what you think:

END_OF_DOCUMENT_TOKEN_TO_BE_REPLACED

UK born singer-songwriter Clare MaGuire has revealed the music video for her song ‘The Last Dance‘. This is the second single from her highly anticipated debut album ‘Light After Dark‘, which will be released on February 28, 2011.

The music video has a rather dark setting, however its artistic direction is well done, the song is catchy, and Clare’s vocal ability is just breathtaking. ‘The Last Dance‘ will be officially released on February 20th, so look out for it and don’t forget to check out the video below: END_OF_DOCUMENT_TOKEN_TO_BE_REPLACED

American idol runner-up Crystal Bowersox’s debut album “Farmer’s Daughter“, outsells Lee Dewyzes’ album “Live it Up“. What’s the point you might ask? well, Lee Dewyze was actually the winner of the show last season. Crystal’s album sold over 106,000 since it’s release on December 14, while Dewyze sold 102,000 since his record came out on November 16.

Both albums are pretty good, and you guys should definitely support their music and purchase the records if you haven’t already. Check out Crystal Bowersox’s debut single “Farmer’s Daughter“, and Lee Dewyze’s “Sweet Serendipity” live below: