Love this song so much, and no, there’s no bias because Brymo granted us an interview. It’s a great song by a really cool artist. So, check it out and get your dance on. Credit: [...Read More]

Click on the image to be redirected to [...Read More]

Come laugh with me over at 54 interviews!! Click on the [...Read More]

Hey guys! Ms. EY over here. Click on the image above, and head on over to 54. Great interview with Ohimai Amaize, a young Nigerian social advocate doing everything within his power, to bring necessary change in Nigeria! Please help us share through liking, commenting, tweeting, eh, facebooking, [...Read More] 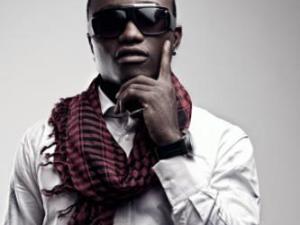 Brymo is the stage name of an artist we should all be familiar with by now. His hit single Ara created a lot of waves around the world, taking his solo career to another level. Born Ashimi Olawale, Brymo answered the call to pursue an entertainment career since a young age. Despite a slow start as [...Read More]

Brymo has come a long way to prove to music lovers worldwide he is more than the hook master. This is a talented artist destined for global domination, and I can’t stress enough on how true that is so I leave the persuading to his music. Brymo was nice enough to take some time from his busy [...Read More]

If you’re out of the loop, then allow me to introduce you to a talented artist influenced by old school r&b soul. Lemar, an English singer, songwriter, producer, and actor, has gained moderate success in Europe and Australia. He has had 7 top ten singles and sold over 2 million records, not [...Read More]

In Africa, when it comes to STYLE (notice I did not say fashion) we do it effortlessly and seamlessly without putting much thought to it. When the so and so’s of the fashion world are trying to push the envelope, I just smh! Why you ask? Because Africa’s been pushing the envelope in [...Read More]

Listen Embrace You fans! This is the perfect jam to your party! Wherever you are. Show out!!!!! If you are on the bus, train in your car, just amp it up and GET DOWN!  Enjoy Nwa Baby (Ashwo remix) by Flavor a Nigerian artist. Psssttt…………This was my summer jam! What was [...Read More]

Genevieve Nnaji is in my opinion the “Kimberly Elise of Africa”. She’s most notable for her roles in “Last Party“, and “Ljele“. She’s a talented actress that has the ability to captivate her audience with a powerful and dramatic performance in any role she takes [...Read More]

Are you tired of so-called artists singing about meaningless things? Well, let me introduce you to Nneka Egbuna. A Nigerian-German hip hop, reggae, soul singer and songwriter, making waves in the motherland and globally. Her music is anything but the norm. Nneka takes you to a place where no other [...Read More]

With a debut EP in the works, and producer maestro Yoad Nevo (who has produced for the likes of: Morcheeba, Air,Goldfrapp, Sugababes, Jem, Pet Shop Boys) working the magic behind the scenes, Zemmy Momoh fans are in for a treat. Head on over to our interview section to acquaint yourself with the [...Read More]

This is a special shout out to Chris Akinyemi for acknowledging us on his website as part of his news worthy category. http://www.chrisakinyemi.com/ Appreciate it buddy! Support this youngin as he makes his way into major starra stardom!!! Woop Woop. Happy [...Read More]