I often find Orange Caramel’s music weird, but I’ve enjoyed they’re last three singles, including their latest, Gangnam Avenue. The music video as always is cute, fun, and colorful. The beat is energetic, trot through and through, and something that creeps up on you. Check out the song and video below and tell us what you think. Credits: Pledis YouTube + icrylikeyukooshima END_OF_DOCUMENT_TOKEN_TO_BE_REPLACED

This song was released three years ago and I’m still addicted to it. Check out Park Kahi’s debut solo single, Come Back You Bad Person, and feel the energy! 🙂 Credit: Pledis Youtube END_OF_DOCUMENT_TOKEN_TO_BE_REPLACED

So I’m not usually a fan of Orange Caramel’s cutey cutey music, or any artist who does that kind of concept, but I must admit I’m addicted to their song Abing abing. Even if it’s ice-cream. I think the beat is energetic, as their sound usually is, and their hook is catchy. It’s no wonder some are referring to the Baskin Robbins influenced track as … END_OF_DOCUMENT_TOKEN_TO_BE_REPLACED

I’m actually a devoted fan to the lovely and talented entertainer, constantly finding out what she’s up to via her twitter page. When I saw that Kahi was travelling quite a bit I figured more or less she was seeking inspiration—amidst relaxation—for her upcoming music.  More recently, she took a trip to Barcelona, Spain, which apparently hadn’t only been the setting for her latest music … END_OF_DOCUMENT_TOKEN_TO_BE_REPLACED

I’m a huge fan of this multi-talented lady. To a point where I listen to this song everyday and watch her dance in this music video so flawlessly. Check it out and tell me if I should give it a rest or not 🙂   Credit: LOEN Youtube END_OF_DOCUMENT_TOKEN_TO_BE_REPLACED

I had to say that because I’ve been waiting, and I am somewhat satisfied. Not entirely in love with the mini album but I’m sold by the overall concept. I listened to the EP at least two times before writing the review so I can safely explain my impression of each track. From start to the finish, every single song had something of interest. With the exception of the intro, 8 Hot Girls, which I think should’ve been longer instead of only a minute and couple seconds, my reaction has pretty much swayed from sensual, classy, fun and upbeat, to warm and misty. I’ll break it down so you know which song rubs me in what way. But before that, let’s get into 8 Hot Girls. END_OF_DOCUMENT_TOKEN_TO_BE_REPLACED

So, my love for this South korean girl group goes way back to their days of ‘Ah’. With or without Kahi (obviously without) I continue to show my support for After School because I see something in this group I can’t pinpoint in others, unlimited creativity. After School constantly breaks the mold; giving a fresh style with every release. I mean, look at their latest, … END_OF_DOCUMENT_TOKEN_TO_BE_REPLACED

I never get tired of listening to this song, and I just love Bekah’s rap. Miss her, by the way. Anyhoo, since the girls will be making a comeback on June 13th, I figured why not listen to a bunch of my favorites until then. So, watch and enjoy.   Credit: AfterSchCraze END_OF_DOCUMENT_TOKEN_TO_BE_REPLACED

*Your purchase from any of the above counts toward the Hanteo Chart.

My thoughts: Is it me or has After School’s singing gotten even more sensual? I guess it’s a clear depiction of how much the ladies have evolved in music. Flashback is creative, fun, exciting, well organized, and demonstrates brilliant production efforts. There are no fillers or musically incorrect additions; each track has the potential to stand on its own and appeal to not only pop and dance fans, but to lovers of ballads and r&b.  END_OF_DOCUMENT_TOKEN_TO_BE_REPLACED

After all the teasing, AS has finally unveiled the music video for their long awaited new single “Flashback.” I don’t know about you but I love the track and choreography. As always, After School is fierce. Check it out and tell us what you think: Credit: LOENENT More than what you could ever imagine, Afterschool is back once again. The title song “Flashback” contains powerful … END_OF_DOCUMENT_TOKEN_TO_BE_REPLACED

I’m liking what I see so far, from the tastefully done pictures to the seductive music video teaser. Are you anticipating After School’s return to Kpop? Credit: Pledisartist END_OF_DOCUMENT_TOKEN_TO_BE_REPLACED 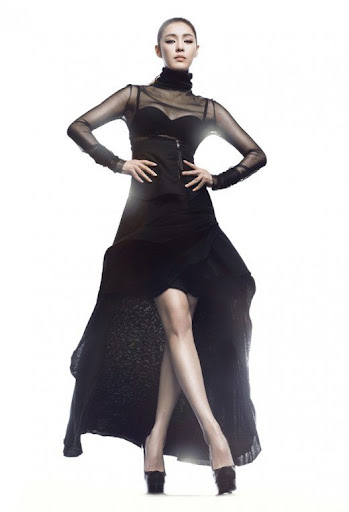 Kahi will be “graduating” from her badass Kpop group After School. According to Pledis Entertainment, her label and management, as well as a ton of news outlet in South Korea, Kahi will be leaving the group to work on her solo career as well as her acting. Now, I don’t want to offend anyone but isn’t the reason why After School was so hot to begin with due to the presence of Kahi. I mean, she puts the fierceness in the group. And no one can pull dance moves off like she does. It’s definitely going to be hard to continue following After School now that Kahi’s leaving, but I’m sure true PLAYGIRLZ won’t waver their support. As for Kahi, I’ve always been a fan since her days as a  dancer & choreographer, and will continue to ride with her to the end. After all, she is and will always be ‘The Queen of Dance’. I just love her versatility, don’t you?

Since the group’s formation the company did state that there would be a graduation system in place where members were free to leave as they choose to, but I’ve always considered this as a sugarcoated excuse for firing the members who don’t bank much for them. Well, just as they have the graduation system there’s also the admission part, END_OF_DOCUMENT_TOKEN_TO_BE_REPLACED

After School has always been my favorite kpop girl group. I like their style; not particularly the member system in place, but mainly their musical concepts. And as much as I like them, I never allowed that to overshadow my judgement on any of their releases. If the song sucks, I’ll be honest and admit it just as quick as I am to admit when it sounds pretty hot. After School, more precisely their leader, has tasteful elements in whatever it is they deliver to their target market. Unfortunately, the group hasn’t received greater recognition for their hard work, still they continue to strive for that wish they sought out to achieve. Recently, AS has ventured into the Jpop market in hopes of acquiring a wider range of feedback not yet completely felt in their homeland. So far, I’m not necessarily impressed but I believe they’ll improve because in all honesty, they usually do. Thus the birth of their first Jpop album ‘Playgirlz‘. END_OF_DOCUMENT_TOKEN_TO_BE_REPLACED

Kpop’s latest arrival is a male group from Pledis Entertainment (home of After School) called NU’EST. Initially, I was under the impression that their name is pronounced ‘newest’, but apparently its pronounced new east. Anyways, whatever it is they call themselves or what you so choose to call them, I like their debut single album ‘FACE‘. And there’s absolutely no bias here. I’m not feeling them simply because I’m a fan of Kahi and After School, I truly like NU’EST and that intro has me hooked. END_OF_DOCUMENT_TOKEN_TO_BE_REPLACED

The cutesy thing annoys the hell out of me in kpop, but I’m making this song an exception. “Shanghai Romance” has sweet lyrics, a retro/disco inspired beat, and the ladies of Orange Caramel giving us fun and excitement. The video is just as entertaining; displaying all three of the ladies failed attempt at impressing a really hot guy. Check it out and tell us what … END_OF_DOCUMENT_TOKEN_TO_BE_REPLACED

EY readers by now should be able to figure out the evident fact that I like listening to the Kpop group AFTER SCHOOL, because of the many promo posts i’ve done on them. Recently, one of the members, Rebecca Kim, announced her “graduation” from the group and it led me to wonder about this particular system their label has set up and how it affects not only AFTER SCHOOL’s fans but the members as well. Apparently members can leave whenever they feel like it, and throughout the group’s lifetime new members were also added to keep their style and sound fresh. On one end this END_OF_DOCUMENT_TOKEN_TO_BE_REPLACED

Kpop girl group After School has unveiled their latest music video for “Play Ur Love“, a track from their first full length album “Virgin“. The video displays a more softer side of After School and focuses on four members only; it did include a unit version 2 in the title so I’m assuming they’ll release another video with the other members later on. Anyways, I like the video because it’s subtle and sweet, and I like the song for their tender vocals. Check it out below and tell us what you think. Also, make sure to purchase After School’s album here, If you’ve read my review then you’ll have enough proof that it’s good.  END_OF_DOCUMENT_TOKEN_TO_BE_REPLACED

Kpop girl group After School is making a comeback to the industry with their first full length album entitled “Virgin“. AS hasn’t released any new music since “Bang!” in 2010, and only the sub-units and other members have been doing any sort of promotion. You might remember Orange Caramel‘s “Bangkok City” and Kahi‘s “Come Back You Bad Person“. While both solo projects were interesting and kept fans entertained, it’s good to see the group back as a whole and making great music for us. Check out my full album review below:

END_OF_DOCUMENT_TOKEN_TO_BE_REPLACED

We recently posted about Japanese hip-pop artist Namie Amuro‘s upcoming collaboration album “Checkmate“, and the variety of artists she has worked with. Well, another music video has been released and its for her song “Make it Happen“, which she collaborated on with Kpop girl group After School. The song sounds really good and I like how harmonized After School is. The music video has sex appeal and cute choreography, which showcases After School’s talents alongside Amuro’s. Watch the music video below and tell us what you think: END_OF_DOCUMENT_TOKEN_TO_BE_REPLACED

Japanese hip-pop artist Namie Amuro will be releasing a collaboration album titled “Checkmate” on March 23rd, and the full tracklist was recently revealed on her official website. Aside from the fact that Namie will be collaborating with Kpop group After School on what seems to be their first release in Japan, American rapper Lil’ Wayne has also made an appearance on the album. I’m not surprised that Amuro is working with a western rapper, in fact this collab is quite interesting. You can listen to the snippet below. Namie’s collab album also includes artists AI, Yamashita Tomohisa, and Tsuchiya Anna: END_OF_DOCUMENT_TOKEN_TO_BE_REPLACED