According to global presses Margaret Thatcher, the first female UK Prime Minister and longest serving, has died this morning of a stroke. She was 87 years old. Thatcher was Conservative Prime Minister from 1979 to 1990 and her political views have transformed the UK tremendously. She will not receive a state funeral but will be granted the same fairwell treatment as Princess Diana. Credit: BBC … END_OF_DOCUMENT_TOKEN_TO_BE_REPLACED

According to the Jamaica Observer, the island’s daily newspaper, several local churches are extremely disappointed with President Obama’s decision to endorse same-sex marriages. No surprise. Jamaica is widely known as a homophobic country.

The President’s statement sparked widespread criticism from conservative Christians and commendations from gay rights activists and liberal groups. “For me, personally, it is important for me to go ahead and affirm that I think same sex couples should be able to get married,” the president said. END_OF_DOCUMENT_TOKEN_TO_BE_REPLACED

Just to re-cap, ‘SCANDAL‘ is  a new ABC series starring Kerry Washington, Columbus Short, and a bunch of other people. The drama focuses on a team of highly qualified fixers consultants who basically take care of any political controversies. I like the storyline and it does seem like an interesting show, but Kerry has never really wowed me with her acting. I’m only excited for her because finally she can be seen somewhere else instead of all these red carpet events. I mean, for a second I was beginning to wonder what her occupation was again. Anyways, check out the trailer once more below and be sure to share your opinion on the show. Remember, it premiers tonight at 10 on ABC.  END_OF_DOCUMENT_TOKEN_TO_BE_REPLACED

It’s becoming more globally known how unaccepted homosexuality is in Jamaica, and the topic is a very touchy one for the country’s leaders to discuss. However, during the recent election debates between the Jamaica Labor Party and the Peoples National Party, a question was posed on how the current Prime Minister and the Opposition leader intends on dealing with homosexuality in politics. Former Prime Minister Bruce Golding made it quite clear during his reign that “homosexuals are not welcomed” in his cabinet and people are wondering if the current leader shares the same belief.  END_OF_DOCUMENT_TOKEN_TO_BE_REPLACED

I’m never one to take interest in politics or scandals, and neither am I justifying this married man’s recent inappropriate acts, but why was congressman Anthony Weiner pushed to resign from his post? I mean seriously, politicians are human as well and humans make mistakes (very silly and big ones too). I doubt I have to state the reasons behind this decision but just in case, here’s the rundown:

*On May 27, the internet became a buzz when a lewd photo  of the congressman was sent to a 21 year old female college student publicly via his twitter account.

END_OF_DOCUMENT_TOKEN_TO_BE_REPLACED 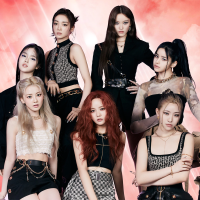 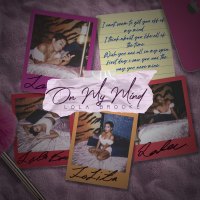