Did you check out the red carpet arrivals last night for the 2013 Grammys? Well tell us, who rocked and who totally sucked?  END_OF_DOCUMENT_TOKEN_TO_BE_REPLACED

I randomly came across his announcement of a new album release on twitter two days ago, and my heart flattered a little.  It was sort of like a  reunion of  a first love that never died. We were both willing to reconnect and give the relationship a second shot. Yap! It was all good until my hopes were shattered into tiny little microscopic mini hearts after taking a listen, prompting me to scratch my head in wonderment and ask Were we ever meant to be, or I should completely let go? Find out why this  fan, is non too pleased with his latest work of  oops, excuse me, art. END_OF_DOCUMENT_TOKEN_TO_BE_REPLACED

Prepare to bob your head, rock out, stop and think, then bob your head again. “Strange Clouds” encompasses the most brilliant production a rap album has delivered all year. Are you convinced yet? Well, get to your nearest music store or visit a digital one and get a copy of this album, not some selective tracks but the entire thing cause you’ll definitely miss out if you pass on “Strange Clouds,” B.o.B‘s magnificent follow-up to his just as impressive 2010 debut.

END_OF_DOCUMENT_TOKEN_TO_BE_REPLACED

Your reaction to Estelle‘s new album can either be one of two ways: absolutely bored to death, or you’re receptive of something fresh. Let’s just say I’m stuck in the middle on this one. Her new music didn’t wow ‘all of me,’ sure there were a few hidden gems along the way, but in all honesty, I fell asleep on most of the tracks. Estelle is a talented soul from across the waters and I’ve been impressed since she first graced us with the notable “American Boy.” Her humble personality and unchanging belief to uphold her values is highly commendable as well. However, sometimes I wish she’d bring more of that energy into her music; I mean, whether its sounding particularly too reserved or lyrically off, there’s usually something not connecting well with me. But then again, it could be just that, me. END_OF_DOCUMENT_TOKEN_TO_BE_REPLACED

The R&B crooner has unveiled the music  video for his latest single “Be the One” featuring sex symbol Trey Songz and hard rapper Young Jeezy. Check out the video and tell us what you think.  END_OF_DOCUMENT_TOKEN_TO_BE_REPLACED

Trey Songz has released the music video for the track “What I Be On,” which features rapper Fabolous. The new release is included on Trey’s “Inevitable” EP, available now on iTunes. Be sure to support the artist by purchasing, and tell us what you think of the song and video. Hot or Flop? END_OF_DOCUMENT_TOKEN_TO_BE_REPLACED

Check out the underrated rapper’s music video for his latest single “Can’t Get Enough“, featuring r&b sex symbol Trey Songz, and a cameo by pop diva Rihanna. Overall, I like the song and video, which was filmed in Ri-Ri’s home island Barbados. Watch it and tell us what you think. END_OF_DOCUMENT_TOKEN_TO_BE_REPLACED

Grammy Nominated R&B singer and sex symbol Trey Songz will be making an acting attempt in the upcoming “Texas Chainsaw Massacre 3D“. Songz will be playing the male lead as the boyfriend of actress Alexandra Daddario.  To be honest, I’ve never really gotten into this franchise and the fact that Trey will be making his big screen debut in this particular movie is rather mind-boggling for … END_OF_DOCUMENT_TOKEN_TO_BE_REPLACED

One of my favorite rappers in the industry had teamed up with one of the sexiest r&b singers in the industry to cook up a hot summer jam that’s definitely fitting for the club, your car, or the bedroom. Lupe Fiasco has recently revealed the music video for his latest single “Out of My Head“, featuring Trey Songz. I really liked the song the moment I heard it and the music video absolutely lives up to it. Check it out below and tell us what you think: END_OF_DOCUMENT_TOKEN_TO_BE_REPLACED

Stars were either looking hot or a hot mess on the red carpet at the 2011 Billboard Music Awards held in Las Vegas. The BMAs are given out to music’s most popular artists. The finalists and winners are determined by their rank on the Billboard charts and their “social and streaming activities. The three hour event was packed with hot performances, but despite being an award show it was more like a promotional ground for pop artists to showcase their latest music. Anyways, check out the fashion hits and misses below: END_OF_DOCUMENT_TOKEN_TO_BE_REPLACED

I previously posted a preview of Trey Songz‘ “Love Faces” music video, and now the r&b singer has unveiled the entire video as a Valentine’s Day gift for fans. The black & white mv is all about affection in the relationship. Yet another “sex sells” kinda song from Trey, but I’m getting used to it now. Anyways, watch the video and tell us what you … END_OF_DOCUMENT_TOKEN_TO_BE_REPLACED 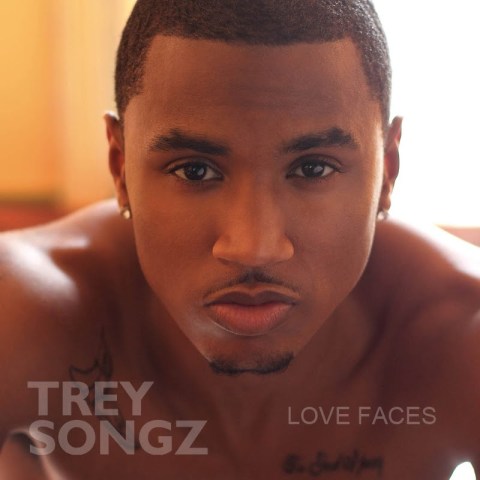 R&B singer Trey Songz will be releasing the music video for his latest song  “Love Faces” on Valentine’s Day, because it is a song about love after all (and his usual sex concept), but until then you can watch the sneak peak below. Overall I like this song, but I’m getting tired of the “I invented sex” Trey, and is now waiting for the “Just Gotta Make It” Songz to return, because his music had more substance then.

END_OF_DOCUMENT_TOKEN_TO_BE_REPLACED

Stars turned out looking all luxurious on the red carpet at the 4th Annual BET Honors. Check out the pics below:

END_OF_DOCUMENT_TOKEN_TO_BE_REPLACED

A question that has always been on my mind for years: why do artists sexify themselves in order to sell music? Females show a lot of skin in barely there outfits, and perform provocative dance moves, while the males sing about sex, sex, and more sex.

Is that what a musician have to do in order to become a “superstar” so to speak? Is that why artists like Vivian Green, Heather Headley and Jazmine Sullivan are underrated, because they are more ‘conservative’?

END_OF_DOCUMENT_TOKEN_TO_BE_REPLACED

Meet Miguel, an American r&b/hip hop artist and producer from Los Angeles, California. He became known for his hot breakthrough single “All I Want Is You” ft. J Cole. Miguel worked with a local production duo Drop Squad in 2000, before being signed with independent record label Black Ice in 2004. He is currently signed to Jive Records.

Miguel had been touring with END_OF_DOCUMENT_TOKEN_TO_BE_REPLACED 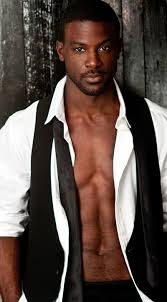 END_OF_DOCUMENT_TOKEN_TO_BE_REPLACED

I’ve often asked myself, why is music so powerful? why am I able to be moved even by words I don’t understand? It all comes down to the fact that music is truly universal. END_OF_DOCUMENT_TOKEN_TO_BE_REPLACED